A table entertainer at a KTV bar in Tagbilaran City is set to file a criminal complaint against a customer of the establishment who allegedly grabbed her breasts.

Laiza Bahao, 21, a native of General Santos City and an employee of the Wazzala KTV Bar in Barangay Dampas, Tagbilaran City, reported the incident to police on Friday.

In its report, police indicated that an act of lasciviousness case will be filed against Calixto Erana, Jr., 59, a native of Bacayan, Cebu City.

Bahao told authorities that Erana grabbed her breasts and repeatedly slapped her after she refused to have sex with him.

Bahao reportedly told Erana who was intoxicated during the incident that offering sexual intercourse was not part of her job.

Authorities have yet to confirm if a direct assault case will also be filed against Erana for allegedly slapping Bahao.

Meanwhile, Erana remained at large as he was able to leave the establishment before responding police officers arrived at the scene. (wm)

The Southern Start Bus Transit, Inc. (SSBTI) is adding two new routes within the island of Panglao in a bid…

The Philippine Army (PA) and a still unidentified armed group clashed in the hinterlands of Bilar town on Saturday morning.… 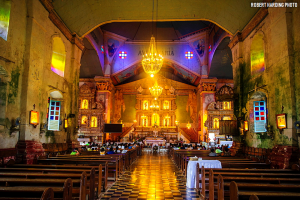