Between man and woman

Between man and woman

I am against same sex union. While we respect the right of homosexuals and transgenders to insist on inclusion such as marriage, granting them the same is fundamentally and inherently flawed and dangerous, that can forever change the definition and value of marriage and families.

It will create confusion, especially to children whose minds are impressionable. My own clinical practice sees the effect of the diaspora on families; how it makes children who are anxious, depressed, truant, angry, and confused, how much more having a family with both dads or both moms?

Marriage is more than just a union. According to the Catechism of the Catholic Church, it is a “lifelong, faithful partnership between a man and a woman. It is ordered toward the good of the spouses and the procreation and education of children”.

At the heart of the matter is the union between a man and a woman. Why is this important? Because whether we like it or not, there are only two sexes, that is male and female. Oh yes, there are very rare cases of hermaphroditism (a person having reproductive organs of both sexes), but that does not make them transgenders, or do they ever make themselves pregnant on their own.

Gender is a social construction based on sensibilities, emotions, and feelings but not on biological and genetic realities. The concept of gender is more of an accommodation of the gradients of masculinity and femininity. But fundamentally, our social constructions cannot in any way tweak what is naturally and biologically ordered.

Being male or female affects a person at every level of his or her existence; genetically, biologically, emotionally, psychologically, and socially. Sexual differences make it possible for two human persons to fully unite.

In the Theology of the Body by John Paul II, he affirms that God created man and woman in such a way that through their bodies it would be self-evident to them that they are called to love, called to give themselves to one another.

One’s sex matters for marriage because the body matters for love, and especially spousal love. A person’s body is a necessary part of identity, even though who we are cannot be reduced to “just” our bodies.

Again, in the Theology of the Body, John Paul II said, the body reveals the person. It is a deeply personal reality, not just a biological fact.

“Loving as a human person means loving as a man or a woman. Our bodies direct us toward the other sex because we can never be the other sex. Only a man and a woman can truly unite and become “one flesh”, and being open to children, who are a living reflection of their love. “

To consider the body and one’s sex as unimportant to marriage means treating the body as inconsequential or, at best, as an object or tool to be used according to one’s pleasure or desire.

The spousal love between husband and wife calls for a free, full, faithful, and fruitful gift of self to each other, including the gift of their bodies. Sexual difference is necessary for such a full self-gift.

And when we say sexual differences, that is being a man and a woman by natural definition.

Beginnings have power. As we learned last Sunday, people consider some dates on the calendar as more significant than others…

Do you have those times when you have upsetting thoughts that you can’t get rid of? Or ever felt like…

The family that prays together, stays together.  Sounds familiar?  There is no doubt about the power of prayer. But many…

Going around the province giving mental health talks to students, teachers, and parents led me to confirm that many of…

Melanie, a grandmother of an almost 3-year old girl, brought her granddaughter to the clinic because she observed that she… 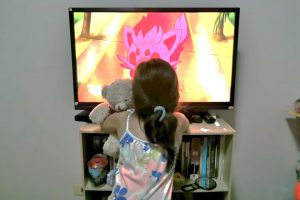 Market Day is something everyone in Bohol Child Head Start looks forward to. Our students love the opportunity to create…