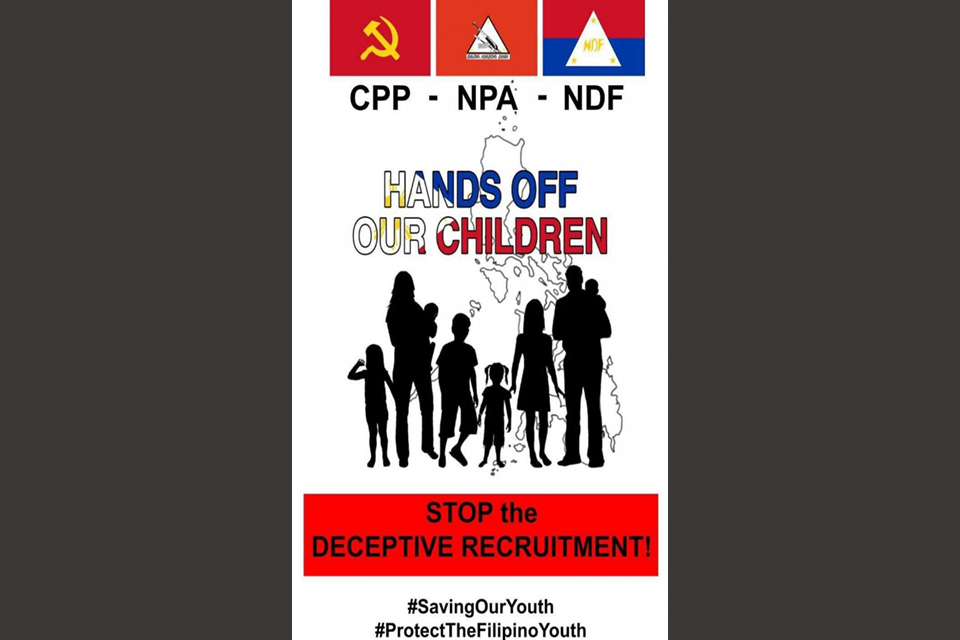 MANILA — The fight has just begun.

This is what the parents of teenagers who have joined left-leaning youth groups have declared during a recent interview over Philippine News Agency’s (PNA) One on Juan talk show.

Relissa Lucena, mother of Alicia Jasper who was recruited by Anakbayan, said she and other parents will not back down against the campaign of left-leaning youth groups.

Hence, the parents have come together to establish “Hands Off Our Children”, a campaign that seeks to help families looking for their teenage loved ones who have been recruited by Anakbayan, League of Filipino Students (LFS), Kabataan Party-list and other youth groups.

“Ito po ay para matulungan namin ang mga magulang na may mga anak na nasa first stage palang ng (Through this, we’ll help parents whose children are still in the first stage of) rebellion so they can learn from our experiences,” Lucena said.

“They shouldn’t get angry at their children, rather, they must understand them and stop them from communicating with these groups,” she added.

Signs your child has become activist

Jovita Antoniano, mother of Trisha who was recruited by Anakbayan and LFS , said the first things she noticed about her daughter joining an immersion is the denial of God’s existence.

Antoniano added that her daughter said she need not study at the university because the lessons they learn in the mountains are much deeper and important than the subjects taught in schools.

Meanwhile, Elvy Caalaman, mother of Lory who joined the Kabataan Party-list, said she noticed that her daughter started cursing, drinking and smoking when she became an activist.

As for Jacqueline Mendoza, she noticed that her daughter Queenilyn has become argumentative when she started joining rallies staged by Anakbayan.

“Lagi siya nakikipagtalo sa mga kapatid niya at may sagot siya sa lahat ng mga tanong. May sarili na siyang mundo at mga barkadang sinasamahan kasi bantay sarado siya ng grupo nila (She argues with her siblings and she always has answers to all questions. She has her own world and set of friends because her group members guard her closely) she said.

Citing that the common denominator among their children is age, Lucena said left-leaning youth groups take advantage of the youth’s passion and vulnerability.

While they are frustrated about what happened to their daughter, Antoniano said they are not angry at her because they know she can start over and build a bright future for herself if she chooses to come home.

“Wala kasalanan ang aming anak dahil biktima lamang siya ng mga organisasyon gaya ng LFS at Anakbayan na pinagkatiwalaan namin (Our child is not in the wrong because she is just a victim of organizations like LFS and Anakbayan who we trusted),” she stressed.

Addressing Kabataan Party-list Rep. Sara Elago, Caalaman said left-leaning youth groups are the true enemies of the Filipino youth because they destroy the young people’s dreams and opportunity to have a bright future and a whole family.

“Ginagawa ninyong aktibista ang mga anak namin at pinaakyat sa bundok. Maraming encounter sa bundok at maaring mamatay doon ang mga anak namin at uuwi na lamang sa amin na bangkay? Anong klaseng puso meron ka Sara Elago (You recruit our children to be activists and make them stay in the mountains and they could die from encounters and just return to us dead. What kind of heart do you have Sara Elago?),” she added.

Believing that the fight against youth activism and communism can be won, Lucena urged other parents of missing activist youths to join their group.

“We have a Facebook page, it’s Hands Off Our Children. Kung gusto po ninyo kaming makausap o humingi ng payo, magpadala lang kayo ng mensahe at may sasagot sa isa samin at huwag po tayong matakot na ipaglaban ang mga anak natin (If you want to talk to us or if you want to seek advice, just send us a message and someone in our group will reply and don’t be scared to fight for our children),” Lucena said. (PNA) 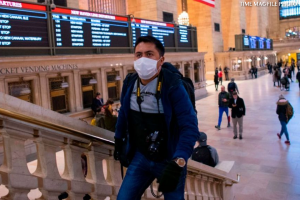 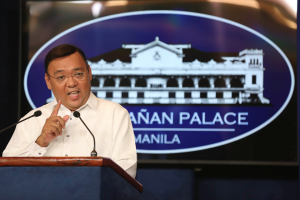