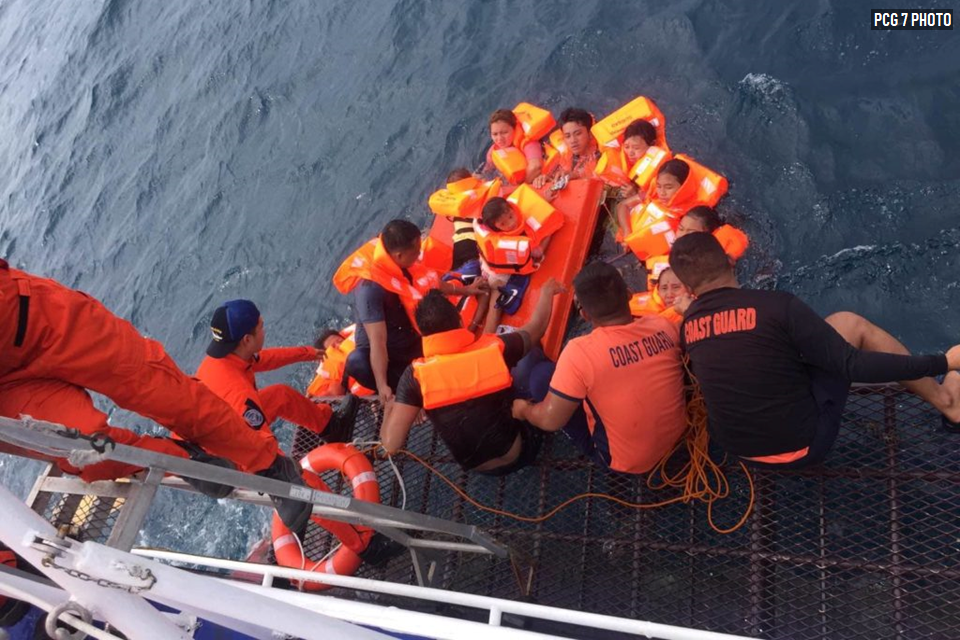 All 55 passengers and seven crew members of a catamaran fastcraft from Loon which sank in waters off Sibonga, Cebu after it was battered by strong waves late Thursday morning were rescued by the Philippine Coast Guard (PCG).

PCG Central Visayas spokesperson Lt. Junior Grade Michael Encina said that all of those onboard MV Siargo Princess which sank five nautical miles from the coast of Sibonga were rescued by BRP Suluan which was deployed from Tagbilaran City.

“All are safe and in good physical condition,” said Encina.

Meanwhile, three people who tried to swim towards the coast were taken to a hospital in Carcar City, but Encina said that none of them suffered from any serious injury.

Antonio Conag, the captain of the M/V Siargao Princess, said that he immediately requested for assistance and sent out a distress signal after encountering rough seas.

He said that the vessel which rescued them arrived 30 to 45 minutes after they abandoned the fastcraft.

According to Conag, a single large wave damaged the fastcraft’s front hatch cover causing the vessel to take in water.

However, Encina said that a probe will still be conducted to determine what caused the mid-sea mishap.

Encina said that the vessel was cleared by PCG Bohol to depart as it passed the pre-departure inspection.

Seaman First Class Ralph Barajan of PCG Cebu who was off duty and a passenger of the ill-fated craft said that he assisted other passengers as they abandoned the sinking vessel.

The rescued passengers have already been transported by the PCG to their respective destinations by land and by sea to Lapu-Lapu City, Oslob, Santander and Tagbilaran City. (A. Doydora)