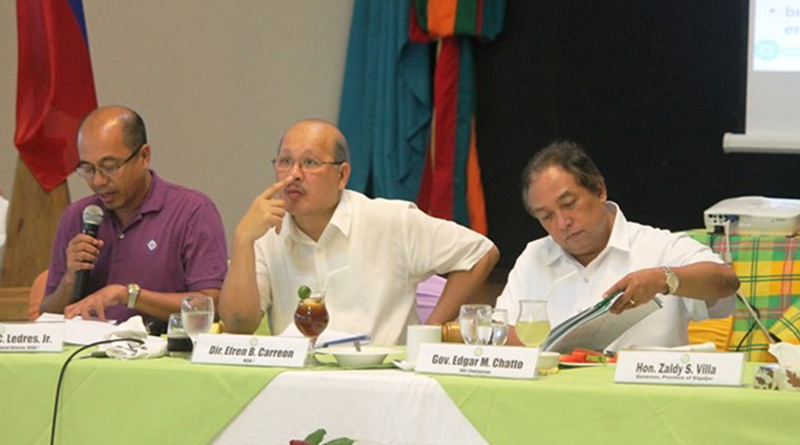 If you happened to be among the people inconvenienced by the far-from-seamless airport to port transfer in Mactan Cebu to Bohol, then this might be good news.

The Regional Development Council 7 (RDC-7) is now laying the ground works for a High Quality Public Transport System (HQPTS) as an airport-to-port seamless travel connectivity that will make the long nagging hassle of airport transfer a thing of the past.

HQPTS would deploy high quality buses that could interface with the existing Cebu traffic and the proposed Cebu Bus Rapid Transit [BRT] System. In fact, it was already franchises for 77 bus units to ply identified routes.

HQPTS would accordingly be a precursor of a BRT System complete with bus stops and stations, electronic card-based fare collection system using modern air-conditioned and low platform design friendly for persons with disabilities, using state of the art Euro-5 emission compliant diesel engines, which is also hoped top jumpstart the adoption of Euro-4 emission compliant engines and fuels in the country.

While this may not be an all-good solution to the mess in Boholâ€™s dream of reclaiming its space in Central Visayas top destination, the transport component solves over half of the hassle.

Earlier, Panglao resort-owners, have been apprehensive because catering to international guests appear to be a challenge to them, especially now that the dreamt Panglao Airport appears too far to be hoped for.

David Baile, a Briton owner of Alona Citadel in Panglao said his guests tell him it is tough to book to Bohol.

Apart from no online booking for ferries in Bohol which would have facilitated a touristâ€™s seamless travel, he would see that he could be left fending for himself and his family scouring for a transport that could bring him to the pier to Bohol.

Baile has aired apprehensions of Cebu getting a taxi and the inconveniences it could offer: overcharging, luggage loss and limited shuttle space for large groups.

The problem is even complicated by the fact that as he is dropped at the port terminal building, he has to take the queue of regular passengers to Bohol to obtain a ticket.

Ferry ticket booths also happen to be outside the port, which leaves him leaving his luggage, risking untoward incidents.

RDC Economic Development Committee worked on the proposed airport-port seamless travel connectivity with the HQPTS and met with MCIAA, Cebu Port Authority to discuss the details of the land transfer concern and looked into the cooperation of SM Prime Holdings which earlier planned to field buses taking the Mactan International Airport.

On this, the RDC has reviewed LGU traffic synchronization and bus stations and stops while SM Prime Holdings has secured permits for moving trees that would be affected in identified bus stations, and the use of certain road right of way sections as terminals.

RDC then passed another resolution, no 27 [2015] requesting the Department of Environment and Natural Resources Central Office to speed up the issuance of tree permit relocations for those affected by the HQPTS. [rac/pia-/Bohol]