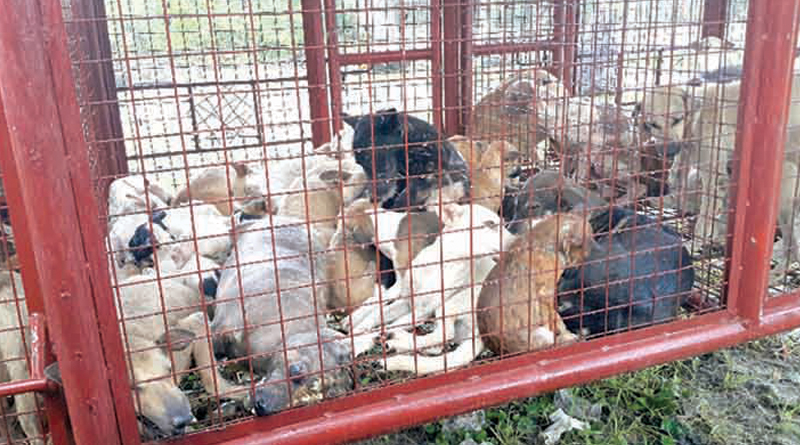 A vehicular accident that claimed the life of a school teacher triggered an order from a municipal mayor to implement Â a mass dog round-up operation that apparently Â led to the slaughter of 71 dogs in broad daylight in plain view of several residents in the area.

Carmelita Arboleras, Officer in Charge (OIC) of the Panglao Municipal Agriculture Office divulged the gory details of the mass killing of dogs on November 11, 2015 during a meeting with officials of the Philippine Animal Welfare Society (PAWS), the Island Rescue Organization (IRO) and concerned animal welfare advocates on Friday, December 18, 2015.

This mass slaughter of dogs on November 10, 2015 by the LGU of Panglao, as admitted by Arboleras is totally unrelated to the “mass poisoning of dogs” as reported by a local paper (notÂ The Chronicle) on June 28, 2015 in connection with the holding of triathlon events here.

PAWS and the IRO called the meeting to corroborate the report by Augustin Cloribel and validate the findings of a team of animal welfare advocates that conducted a discreet investigation of the incident.

A legal strategy is now being mulled by PAWS while IRO is looking into a memorandum of agreement with the LGU to strictly implement provisions of animal welfare laws under pain of sanctions in accordance with the law.

The grisly manner the 71 dogs were piled up in cages before they were allegedly slaughtered by gunshots to the head were captured on video and photos of a mass grave where the dogs were buried reached the offices of PAWS and IRO.

According to the narration of events by Arboleras who represented Panglao Mayor Leonila Montero said “After the vehicular accident that killed the teacher because of a stray dog, I received a verbal order from the Mayor to conduct a dog catching operation”.

The vehicular accident that set off the Mayor’s order took place in Barangay Poblacion, fifty meters from the public market along the national highway.

Arboleras told those present in the meeting that the herding of stray dogs was done in two days – November 5-6, 2015 that successfully collared 66 dogs with 5 dogs “surrendered voluntarily” by the owners.

The 71 dogs were cooped up in Â five 4×5 foot dog cages with 10-15 dogs per cage before they were allegedly shot in the head and buried in a mass grave.

Arboleras also explained that under a municipal ordinance the designated dog pound is in the Technopark Village in Barangay Lourdes but was transferred to the area near the municipal cemetery due to complaints raised by neighbors regarding the noise of the barking Â dogs.

The slaughter of the dogs occurred a day after Mayor Montero was interviewed over “Inyong Alagad” on November 10, 2015 after news broke out about the presence of dogs caged in the cemetery compound.

Despite giving the order for the round-up of stray dogs Montero claimed that she knew nothing of the dogs held in a packed cage and treated in a barbaric manner.

But she gave the assurance that she will look into the report and actions taken by the LGU shall conform to the law and local ordinance.

Montero admitted during the interview that she ordered the elimination of stray dogs because of the vehicular accident and the increase in the number of dog biting incidents.

The ChronicleÂ learned that the dog cages were located within the premises of the municipal cemetery and the mass grave was dug more than seventy meters from the cages.

“The Philippine National Police (PNP) Panglao Police Station and the Office of the Provincial Veterinarian assisted the MAO in the implementation of the Mayor’s orders”.

Arboleras said that the killing of the 71 dogs were done on the morning of Tuesday, November 10, 2015.

According to a videotaped interview shown toÂ The ChronicleÂ by the complainant, Cloribel, an eyewitness said in the vernacular “On my way to the seashore, I saw a freshly dug large ditch with around fifty dead dogs piled”.

Another witness told Cloribel that after he heard several gunshots he saw several people with a police officer whom he recognized as “designated killer” of dogs in Panglao shooting the dogs inside the cage. The eyewitness refused to name the police officer as shown on the video.

On the part of the PNP, Police Chief, Senior Inspector Joemar Pomarejos maintained that the police involvement in the killing of the stray dogs strictly followed procedures laid out by RA 8485 known as “The Animal Welfare Act of 1998”.

Pomarejos also disclosed that the killing of the dogs had nothing to do with a triathlon event held a few days before the incident as reported by a local paper.

Pomarejos did not respond to Cloribel’s allegation on his refusal to allow the police to conduct an ocular inspection on the reported discovery of the mass grave.

The meeting called by PAWS and IRO brought to the attention of the representatives of the LGU the importance of the proper implementation of the country’s animal welfare laws.

Atty. Nena Hernandez of IRO touched on the impact of Panglao’s reputation as an “animal friendly” town which is “a good business investment” aside from an “ecological and tourist friendly destination”.

Hernandez also reminded the LGU that vehicular accidents allegedly caused by stray dogs could be avoided if motorists are alert and drive with caution particularly during unexpected encounters with stray animals.

Cloribel also said that the driver of the motorcycle was driving without license and both the driver and passenger were not wearing helmets.

Lian Ascalon, representing PAWS batted for continuing education for all sectors of the community to prevent animal cruelty, foster compassion and respect for animals and strengthen the drive for responsible pet ownership.

The killing of the dogs brought back into the limelight the contentious issue of responsible dog ownership, the humane treatment of animals and the role of the Local Government Units (LGU) in the implementation of laws on animal welfare.Â (Chito M. Visarra)