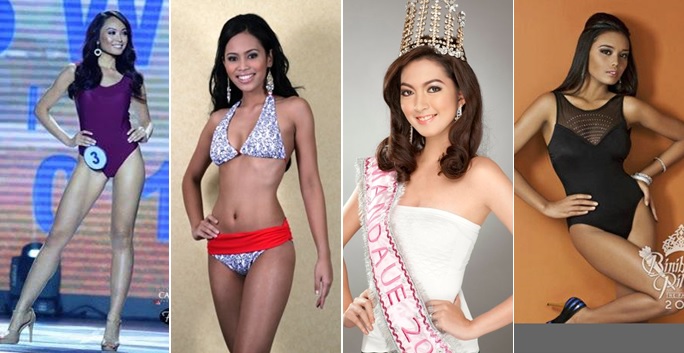 Miss Bohol 2016 Glyssa Leiann Bingas Perez finished strongly as 1st Princess in a competitive field of 35 lovely ladies during glittering ceremonies at the Mall of Asia Arena.  With Glyssa winning the Sports and Fitness Fast Track Challenge and just a breath away from one of the four crowns at stake including the much-coveted Miss World Philippines crown, the pageant became a trending online topic among Boholanos.

Here’s the bevy of world- class Boholana beauties who made it as official candidates in the nationwide search through the years.

ANNA MARIS ARCAY IGPIT. Who can forget Anna Maris Arcay Igpit? The Panglao beauty is the first and, so far, the only Boholana who was able to represent Bohol in the Miss World Pageant.

She got the chance to compete for the blue crown after she was selected as Bb Pilipinas- World 2006. She went on to Warsaw, Poland later the same year to compete with more than a hundred beauty delegates from around the world.

She may not have made it but she landed on the front pages of Poland’s leading newspapers after being voted by Polish readers as one of Miss World’s Five Prettiest.

DONNA MARICEL CARDINO. In 2011, it was Donna Maricel Cardino of Clarin, Bohol who qualified for the national finals after passing the screening held in Cebu City.

The 2004 Miss Bohol Top Ten finalist and Best in Swimsuit didn’t make it to the Top Twelve that year but paved the way for the Boholana to be recognized in the newly-acquired Miss World franchise in the Philippines.

FER MARY BALIQUIG. In 2012, it was Fer Mary Baliquig, Miss Tagbilaran 2010 and Miss Bohol 2010 1st runner up who qualified for the finals but didn’t make it.

Earlier that year, she also qualified for Bb. Pilipinas but lack of support hindered what might have been a breakthrough performance. Today, she crisscrosses the blue skies as an international flight attendant.

GAZINI JORDI GANADOS. The last Boholana to make it as official candidate was the celebrated beauty Gazini Ganados who qualified in 2014. She was one of the heavy favorites but she only made it to the Top Twelve. (Raul O. Gatal)