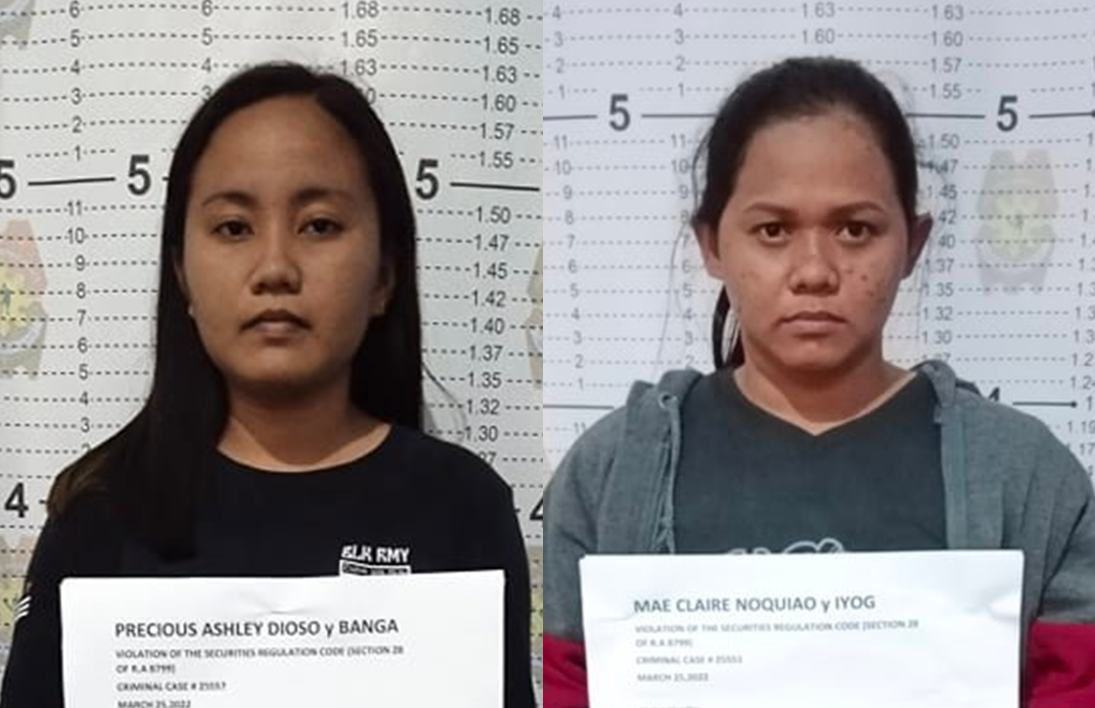 Philippine National Police (PNP) operatives have arrested two women who were allegedly involved in the infamous REPA investment scam, a pyramiding scheme believed to have duped thousands of Boholanos of over P1 billion.

Both women were arrested by virtue of an arrest warrant issued for their alleged violation of Republic Act No. 8799, or The Securities Regulation Code, by the Regional Trial Court Branch 48 in Tagbilaran City on March 22.

More charges are expected to be filed against both women.

Iyog and Dioso claimed to only to be resellers and that they report to an administrator in Davao.

According to Jamoner, Iyog and Dioso failed to issue payouts of P5 million and P3 million, respectively, to their buyers.

They were placed under the custody of the Baclayon Police Station pending their efforts to make bail.

The court has set the bail at P126,000 each for their temporary liberty.

Jamoner added that they have six other arrest warrants against alleged REPA scammers including one who has been reported to gone into hiding.

Meanwhile, warrants against 30 more individuals allegedly involved in the REPA scam are expected to be issued in the forthcoming weeks. (A. Doydora)