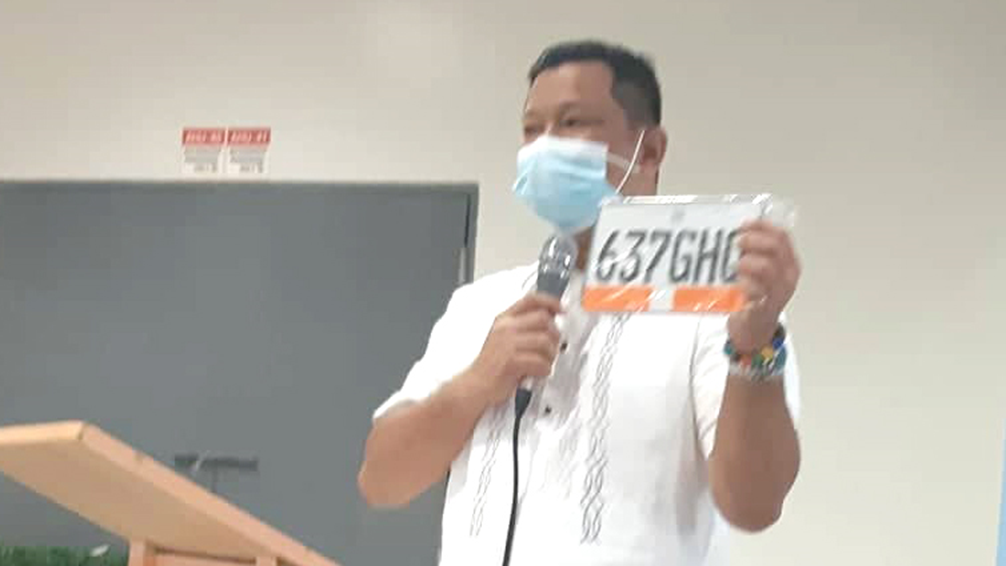 A determined Sangguniang Bayan (SB) of Panglao passed Resolution No. 120 series of 2022 expressing vehement objection against the possible re-appointment or new appointment in any public office in whatever capacity or function of the Land Transportation Office (LTO) 7 Regional Director Victor Emmanuel Caindec.

The resolution, adopted by the majority on August 22, 2022, was addressed to the Office of the President thru the Presidential Management Staff (PMS).

The gist of the resolution was the issuance of medical certificates to student applicants for driver’s permits by LTO field personnel under Caindec without the benefit of an actual medical examination even as the medical certificate bore the signature of a doctor that is not accredited to practice in the province of Bohol, particularly in the municipality of Panglao.

The resolution rebuked Caindec for grave abuse of discretion in facilitating the issuance of medical certificates even without the presence of a doctor.

The resolution assailed the doctor, who was not identified, as practicing his medical profession without first securing an occupational permit in violation of an existing municipal ordinance.

The resolution denounced Caindec, in connivance with his field personnel for acts of forgery and falsification of documents by forging the signature of the doctor that appeared in the medical certificate issued to the applicants for a student driver’s permit.

Caindec, in an interview with DYRD Balita slammed the SB resolution for its inability to appreciate the assistance extended by the LTO through the free TDC that benefitted hundreds of Boholanos to secure driver’s permits even as he chided the SB members for grammatical errors in the resolution addressed to the President of the Philippines.

Three days before the May 9, 2022, national and local elections, then councilor Hormachuelos filed electioneering and graft and corruption complaints before the National Bureau of Investigation (NBI) against Caindec and his daughter-in-law, then councilor Amira Alia Montero-Caindec who was then a mayoralty candidate.

Hormachuelos accused Caindec of conducting LTO free Theoretical Driving Course (TDC) on March 29-30, 2022 (election period) in Tagbilaran City, and the towns of Dauis, Panglao, and Garcia-Hernandez without the authorization of the Commission on Elections (Comelec).

Montero-Caindec promoted the free TDC as a joint initiative with the LTO that benefited 1,500 applicants for student driver’s permits where the 1,500 applicants were made to pay medical examination fees ranging from PhP500.00 to PhP700.00 each for medical certificates issued without an actual physical examination by a doctor accredited to practice in Bohol.

As expected, the controversial resolution authored by Councilor Fielle Anthony Dumaluan barely squeaked through a deeply divided SB voting along partisan lines that ended in a deadlock that was broken by the affirmative vote of Vice Mayor Noel Hormachuelos.

A receipt was issued for the medical examination under the name of St. Jude Medical Clinic which was later found to be non-existent, with the business address at A & S Building, M.V. Patalinghug Avenue, Pajo, Lapu-Lapu City. The receipt was also found not to conform with the prescribed Bureau of Internal Revenue (BIR) format.

Councilor and former Mayor Leonila Montero, apparently taking the cudgels for Caindec, her beleaguered in-law who is the father of her son-in-law, objected that the free TDC was a program of the LTO for the benefit of student applicants for driver’s permits not only for Panglao but includes the towns of Dauis, Cortes, and Garcia-Hernandez even as she stressed that the complaint should be directed to the doctor and not Caindec.

Montero further objected that there was no complaint from applicants claiming that their application for driver’s permits was denied due to the falsification of documents as alleged in the resolution and no complainant formally raised or presented their complaints before the SB which should have been the basis for the resolution in aid of legislation. According to Montero, the resolution is hearsay or politics.

Councilor Dennis Hora sought clarification on the existence of a municipal ordinance requiring an occupational and business permit before practicing his medical profession in Panglao maintaining that professionals such as lawyers, and doctors are not required to secure a business permit except for the payment of a professional tax and no accreditation is required to practice in a particular municipality.

However, Hormachuelos maintained that in the existing municipal revenue code, all professionals who seek employment are required to secure an occupational permit from the Provincial Employment Service Office (PESO).

Hormachuelos pointed out that the resolution is an expression of the sentiments and opinions of the councilors acting as elected officials of the municipality in response to numerous complaints raised by applicants who later realized that the TDC was not “totally free” since PhP700.00 were collected for the driver’s course.

Those who voted for the adoption of the resolution were Councilors Daisy Delambaca, Benedict Alcala, Felix Fudolig, Dumaluan, Jose Rodriguez IV and Presiding Officer Hormachuelos while those who cast a negative vote were Eduard Mejos, Hora, Montero, Jose Arbitrario and Jonah Loretero. (Chito M. Visarra)