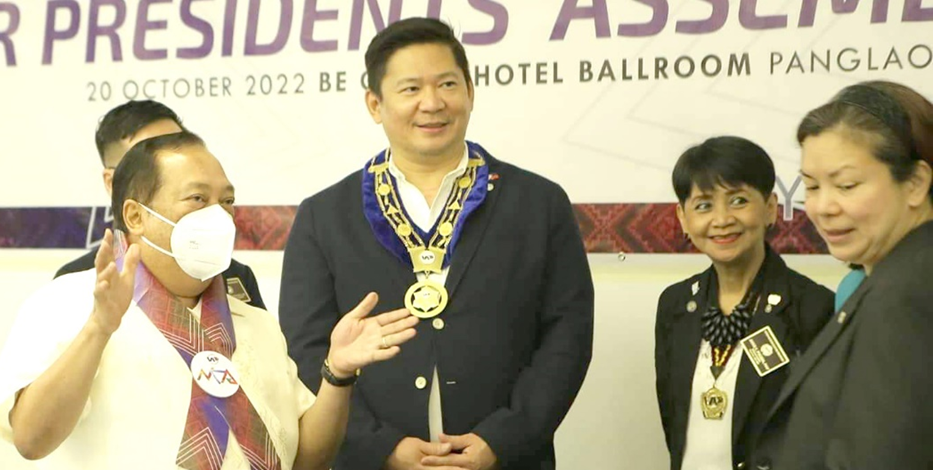 Chatto made the statement during his speech at the Chapter Presidents Assembly of the National Conference of Architects organized by the United Architects of the Philippines (UAP).

He said tourism is a driver for Bohol’s growth and development, also citing MICE as a tourism direction.

Chatto who chairs the House Committee on Climate Change also underscored architecture’s role in responding to the need for resilient, sustainable, and well-planned communities.

He cited the implementation of the Architecture Act or Republic Act No. 9266 especially at the local level not only to protect community people from the risks associated with development but also from the consequences of climate change.

He also recalled how the expertise of local and international architects in the restoration of heritage churches that were damaged by the earthquake in 2013.

This week, the restoration of the churches was featured during the 3rd Liturgical Architecture Conference 2022 organized by the United Architects of the Philippines (UAP) Committee on Liturgical and Sacred Spaces.

He shared how Bohol’s own Architect Niño Guidaben incorporated the province’s culture and heritage in the architectural design of the Catigbian Municipal Hall which was also rebuilt after extensive damage from the earthquake. It was conferred the Haligi ng Dangal People’s Choice Award by the National Commission for Culture and Arts last May.

“Architecture remains integral and relevant, Chatto said, also recognizing the role of architecture in arts and cultural heritage in Bohol’s vision to be a prime eco-cultural tourism destination.

The UAP gathered architects from 190 chapters across the globe for the learning and correspondence forum as part of the initiative to strengthen the architecture profession amid the evolving world.