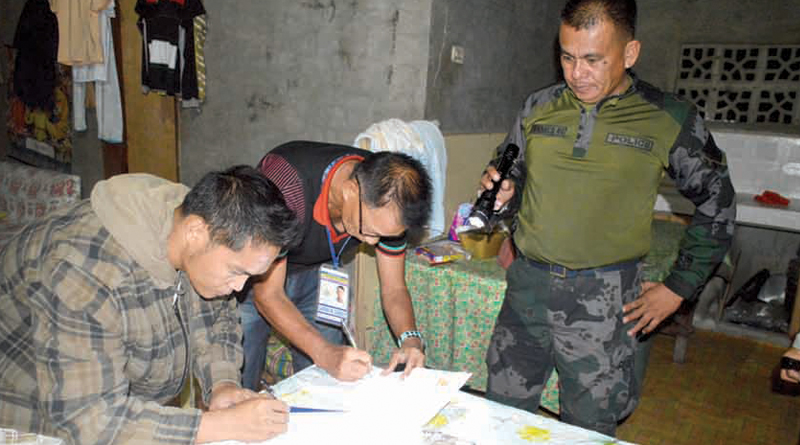 It could have been a big accomplishment, but the two of the top drug personalities in Cortes outsmarted the police team who raided their residences in a yesterdayâ€™s operations.

Elements of Cortes Police Station and and 4th Regional Public Safety Company, led by Police Inspector Geronimo Conarco, the chief of police of Cortes, swooped down the residence of one Ramil Balo, also known as â€œMataâ€ at purok 6 or sitio Panabang in Barangay Lourdes Cortes at about 4:15 yesterday morning.

But the subject of the search warrant was no longer in his house.

In another raid yesterday morning, the police team raided the residence of another drug personality, identified asMacario Igang, at Purok 4 in Barangay Dela Paz, Cortes.

But the subject of the raid was also not around in his house then.

In the raid in the house of Balo, the subjectâ€™s mother, Elizabeth Balo received the search warrant.

The entire operation was witnessed by Barangay Captain Macario Ongyot Jr. and Barangay Kagawad Asterio Pocot, Gaspar Dangoy of the DOJ, Weli Maestrado of dYRD and the mother of the subject person.

From the house ofÂ Igang, the police team seizedÂ three sachets of shabu and some drug paraphernalia, and three live ammunitions of .38 caliber.