â€œLet them eat cakeâ€. Thatâ€™s attributed to — No. Not Vice President Jejomar Binay and his familyâ€™s pastry shop for Makati senior citizens.

The bloated funds came from â€œexcess campaign contributions,â€ shrug Binay spokesmen. They were capped by divestment proceeds from JBC Farms, a piggery business in Batangas.â€

â€œUp until 2010, the Binaysâ€™ statement of assets and liabilities looked like that of any middle class family with some land holdings: comfortable but not that liquid,” adds Varona. â€œCertainly, not rolling in cash.â€

Reeling meanwhile from Court and AMLIC charges, Binay Sr hit out at â€œinexperienced leaders.â€ Did Binay mean Senator Grace Poe who has skyrocketed in the most recent polls?Â  No?Â  Perhaps, Binay meant his inexperienced daughter and novice senator: Nancy?

True. ButÂ  BinayÂ  and his UNA spokespersons dodged that one.

Is it because â€œhonestyâ€ is not in their dictionary?

Everyone meanwhile is elbowing to scramble on Poeâ€™s bandwagon, leaving Mar Roxas stranded. In the UNA, thereâ€™s no such discord.

There is unity. Because no one in his right mind, as Joseph â€œErapâ€ Estrada stressed, would team up with Binay

In 2008, Binayâ€™s financial officer Gerardo Limlingan Jr. emerged as vice president of Agrifortuna which the Binays incorporated in 1992.

The corporationâ€™s administrator until 2011, was a Binay employee: Lily Hernandez Crystal. Â Both have scrammed.

AMLC names Limlingan and Crystal as Binayâ€™s partners in five joint accounts. It also lists seven more accounts solely under the name of the Vice President — who protests he has only five accounts.

As early as 2008, when he left Agrifortuna, Binayâ€™s joint accounts with Limlingan moved big amounts of cash, says the AMLC tally.

â€œBut the sudden movement of money, within a span of a month and a half, with no commensurate income toÂ  report, needs to be explained by the Vice President. The period falls before the influx of campaign contributions for the 2010 elections.

The Vice Presidentâ€™s cash in bank had by then breached P20 million.

During the May 2010 elections and after, Binay was shifting bursts of cash often on the same day, in his overflowing personal accounts.

â€œThe big sums moved are not commensurate to the Vice Presidentâ€™s salary,” Varona noted. By 2011, disclosed family income was just a little over a million pesosâ€.

If Binay put up other businesses, after the 2010 elections, he did not disclose this. The only enterprise listed in his SALN is the flower business of his wife, â€œBlooms and Bouquets Flower Shop.â€ His declared interest in the venture has been consistently pegged at P4.1 million.

Has the Vice President has been investing in market research for his 2016 presidential campaign? If there have been any early donors, his 2014 SALN, which is not yet available, should reflect this as income.

Binay has also been quoted as insisting some of the funds that cropped up in the AMLC report came from â€œincome and savings before I joined the governmentâ€¦ business that are already decades old.â€

â€œBut in 1988, Binay only declared a net worth of P2.5 million net worth. If he had other businesses earning income for him all these years, why doesn’t his SALN reflect this?, Varona wonders.â€

The Senate meanwhile ordered the arrest or Limlingan, Crystal and 15 others in connection with Court order and its own probe of the Binays. â€œYou are bullying my friends,â€ Binay fumed.

Would Binay use his personal influence to get them to come out from woodwork and testify?Â  Will the sun set in the east?

But â€œwhat does it profit a man if he gains the whole world and suffers the loss of his soul?, asked an itinerant teacher from

Galilee. And what will a man give in exchange for his soul.â€ 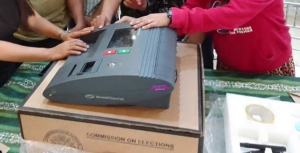 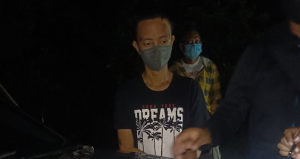