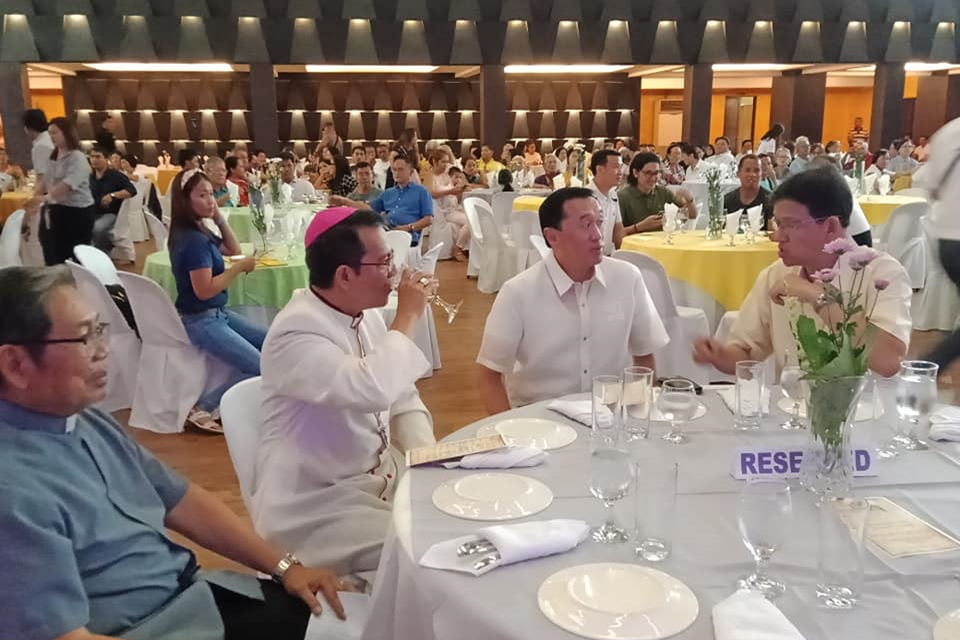 Leaders of both the government and the Catholic Church gathered Tuesday at the Bohol Cultural Center in Tagbilaran City to honor newly ordained Bishop Leo Dalmao who now leads the Prelature of Isabela in the Muslim province of Basilan.

Bishop Alberto Uy of the Diocese of Tagbilaran led the thanksgiving mass and testimonial luncheon organized as tribute to Dalmao, the first Tagbilaran native and Claretian to become a bishop.

Dalmao who was first assigned in conflict-stricken Basilan shortly after being ordained priest in 1997 said that he takes pride in his designation in the province.

“Basilan is a special place for Claretians, not only in the Philippines but all over the congregation especially those from Spain, because Basilan is the heart of the mission of Claretians in Asia, especially at that time,” Dalmao said.

Uy, for his part, congratulated Dalmao on his new post as he expressed confidence that the new bishop will represent Boholanos well in Basilan.

Yap meanwhile vowed to extend assistance “in any way” to Basilan as support to Dalmao and his flock.

“Makasalig ka namo, and we can bring us closer as well to your flock,” said Yap.

The prelature of Isabela which was erected in 1963 comprises the entire Basilan Island. The island province has a population of 400,000 people, about 30 percent of whom are Catholics, according to the  Catholic Bishops’ Conference of the Philippines.

In 1997, Dalmao was assigned in Basilan to manage a project for the indigenous Samal-Badjau.

From Basilan, he was named Prefect of Students in 2000 and three years later, became Novice Master while serving as Prefect of Formation of the Claretian Philippine Province, the CBCP said.

In 2010, he was elected provincial superior of the congregation. While serving as superior, he also served as co-chairperson of the Association of Major Religious Superiors in the Philippines until his election as council member to the Claretian general government in 2005. (R. Tutas)