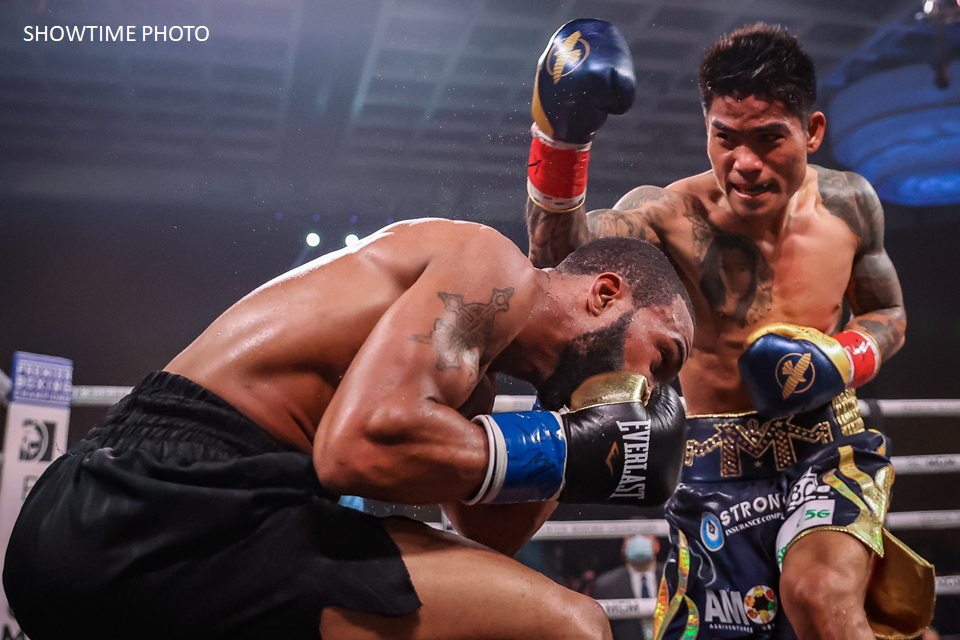 Magsayo appeared to have been the agressor for most of the bout while Russell was hobbled by a right shoulder injury.

Following the fight, Russell said he believed he has a torn tendon in his right shoulder, something he felt he aggravated two weeks ago but was not enough for him to back out of the world-title fight.

Russell was able to limit Magsayo’s onslaught but his gallant one-handed response to the Filipino was not enough for him to keep his WBC crown.

Compubox stats showed that Magsayo was the more active fighter with 543 punches thrown over Russell’s 323. The Filipino was also more effective as he landed 150 punches while Russell connected 69 times.

Russell entered the ring on Sunday as the longest-reigning male champion as he held the WBC title for six years and 10 months, starting March, 2015.