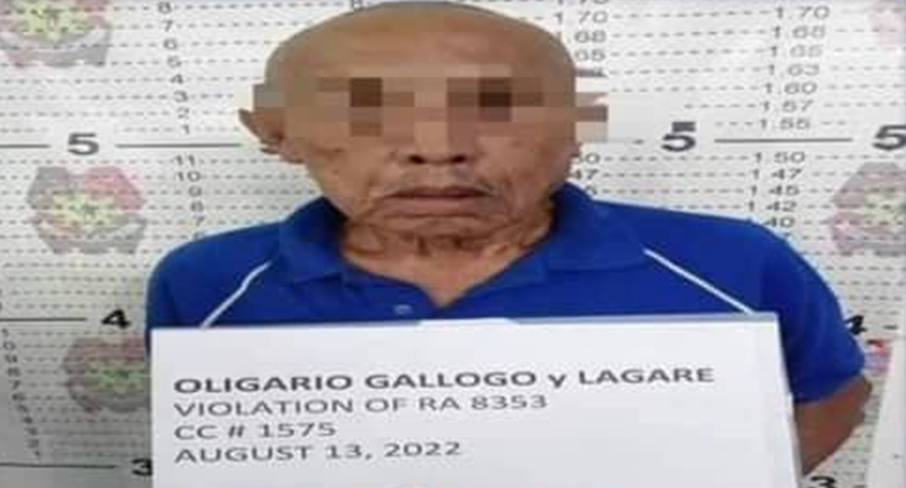 After 10 years in hiding, an 85-year-old man deemed to be the third most wanted person in the town of Carmen was arrested by police for raping his live-in partner’s daughter.

An arrest warrant was issued against Gallogo in 2013 but he allegedly fled Bohol and went into hiding in Cebu immediately after that finding that he was about to be charged for the crime.

Lansang said they received reports indicating that Gallogo had returned to Bohol in May prompting them to carry out the arrest.

According to Senior Master Sgt. Gina Omboy of the Women’s and Children’s Desk of the Carmen police, the rape incident happened in March, 2013.

Gallogo allegedly raped the victim, who was then 20 years old, at his house where she and her mother were living.

The suspect was allegedly home alone with the victim when the rape incident transpired.

Omboy said Gallogo was placed under police custody pending the issuance of a commitment order against him. (A. Doydora)