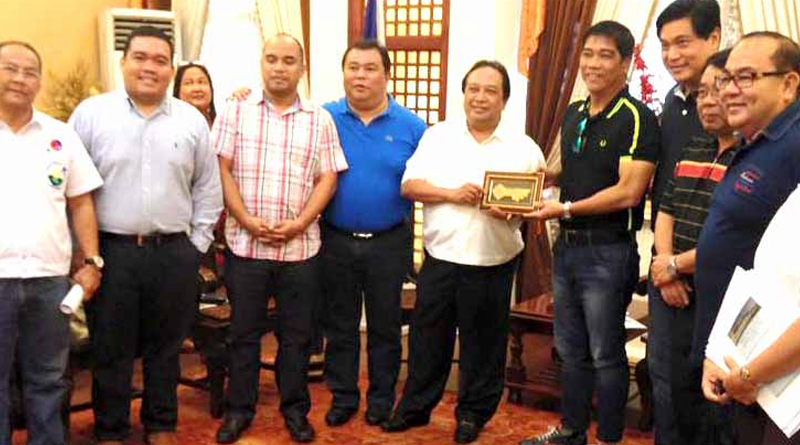 Mobilization of equipment and construction of the engineerâ€™s site office is now ongoing for the New Bohol Airport project in Panglao.

Governor Edgar Chatto, presiding another coordination meeting yesterday assured that delivery of equipment and construction materials can continue smoothly despite apprehension from the mayor of Panglao.

During the coordination meeting at the conference room of the Governor’s mansion, Chatto confirmed the ongoing construction of the engineer’s site office and the mobilization of equipment undertaken by the contractor.

Chatto relayed the update from project engineer Yolando Bayocboc that the actual civil works at the site started on June 22.

Project engineer, Yolando Bayocboc, reported during the Regional Development Council full council meeting last Friday at the Bohol Cultural Center in Tagbilaran City that the notice to commence work on the main civil works was issued on June 15 and the project started in full swing on June 22.

The scope of the project includes the construction of a 2,000-meter runway; other airside facilities such as two taxiways and apron; an 8,361-square-meter passenger terminal building.

Other buildings to be constructed under the current project phase are the control tower, administration building, fire station, and ancillary buildings.

Bayocboc described the New Bohol Airport as â€œA Green Gateway to the Worldâ€, having its component on sustainable environmental protection.

For her part, Socorro Trinidad of the Bohol Environment Management Office (BEMO) presented during the RDC-7 meeting the comprehensive sewage system to be established in Panglao as one of the components of the New Bohol Airport, being designed as sustainable environment protection project.

Panglao Mayor Nila Montero, who came in the later part of the coordination meeting yesterday, continued to express that the construction of the proposed jetty port in barangay Tangnan can better serve as landing pad of the additional construction materials as she expressed concern that the load might destroy the Dauis Bridge connecting Panglao and mainland Bohol.