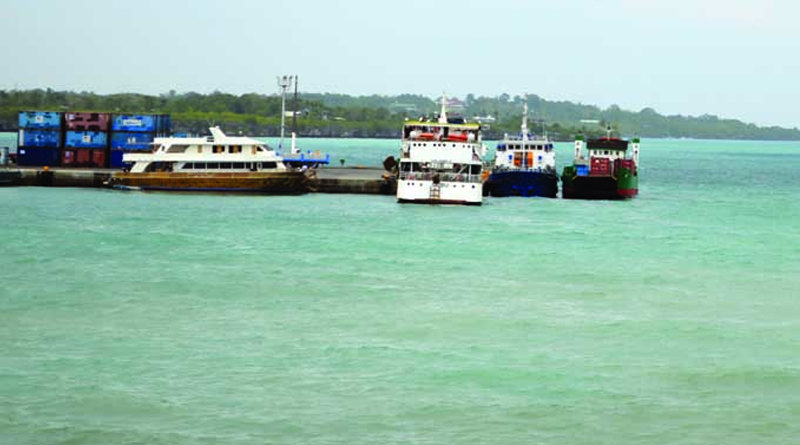 Hundreds of commuters were stranded for two days since last Thursday when seacrafts were barred from leaving their ports of origin due to a new warning signal of PAG-ASAÂ  called as “gale warning.”

There was no storm signal hoisted, but the Philippine Coast Guard issued a hold order on all inter-island vessels thus causing passengers strandedÂ  at various ports. The order to suspend trips since last Thursday afternoon surprised passengers as they were expecting that only a storm signal raised by PAGASA could cause the cancellation of trips.

In a check with PAGASA, it stated that a “gale warning” will be issued when sustained wind speed reaches 34 knots (63 kph) in any seaboard of the country and such areas are not covered by any Public Storm Signal. The wind intensity is expected to reach 34 knots in 12 hours due to monsoon surge.

PAGASA stated that this “gale warning” is issued when strong wind is expected to reach gale force strength within the next 12-24 hours, 34 knots or 63 kph. The said warning will be issued twice a day, 5am and 5pm.

This long gap of time in issuing the “gale warning” complicated further the cancellation of trips since the Coast Guard has to wait for PAGASA to lift the gale warning issued.

Genaro Lastimado of Ocean Jet contested the new policy saying this is bordering to “over regulatory” policy of government. He said shipping companies do not need government intervention to cushion them from deploying their vessels during inclement weather condition as they themselves know the risk and danger. In fact, he cited on several incidents when there was no storm signal raised, but yet their ship captains decided not to navigate due to strong winds. This proves that even without government agency telling them not to sail, they already took the precautionary and safety net by not letting their vessels depart their ports of origin.

He also cited the case of Japan which is known to be one of the most safety conscious countries in the world, where no government order regulates the movement of vessels during bad weather condition. The Japanese weather authorities will just announce bulletins but, this will not be taken as the basis for government to issue hold departure orders to their shipping industry.

The latest incident in Ormoc where more than 40 people perished in the sinking of a seacraft was a human error since the boat was overloaded, not just with passengers but with cargoes which caused it to capsize amidst bad weather, Lastimado said.

Meanwhile, the riding public continues to await the output of a series of public hearings convened last year by Rep. Rene Relampagos, chair of the House tourism committee regarding the proposed amendment on the storm signal policy of the Coast Guard. The issue to be resolved was the distance of a typhoon before the Coast Guard would issue hold order on vessels’ trips. Commuters and businessmen complained that for so many instances, people and goods get stranded because trips are cancelled just becauseÂ  a storm signal is raised. Even if on a sunny day and the sea is calm, trips are still cancelled if PAGASA hoists storm signal in the area.