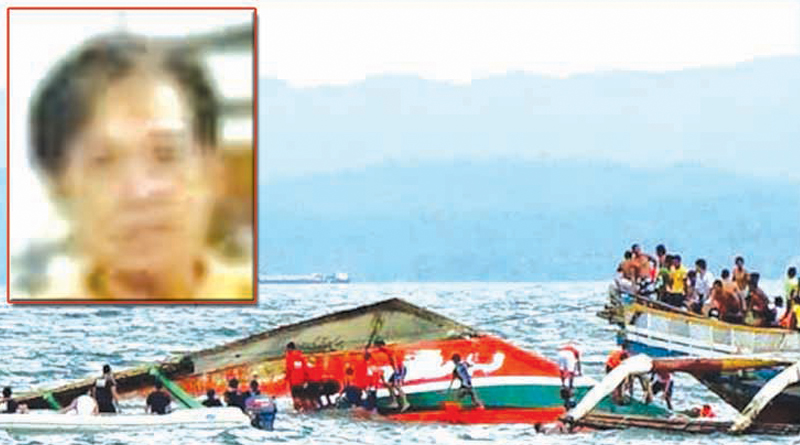 Lolito Visto, a native Boholano (inset) was one of those who perished during the sinking of “M/B Kim Nirvada B” off Ormoc City at the height of strong waves last Wednesday. He was confirmed as one of the 62 fatalities as accounted for by the Philippine Coast Guard. He went to Ormoc for a short vacation with his wife, Wilma who survived the sea tragedy. Authorities said the sinking was due to overloading of passengers as well as the sacks of cement placed on the top deck.