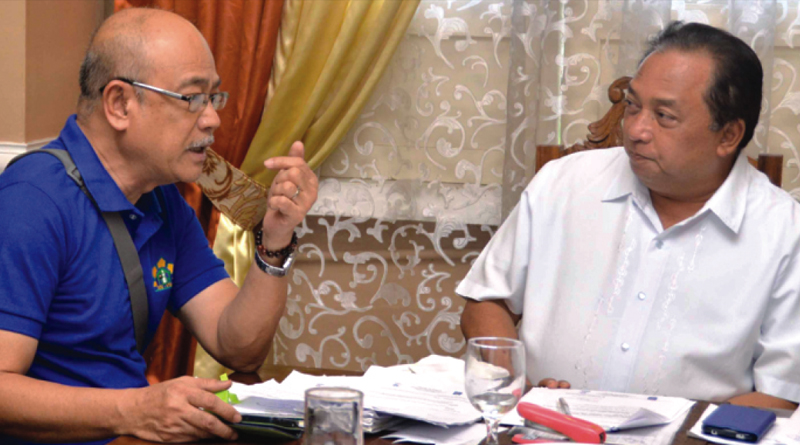 The impending power shortage in the province was tackled yesterday by the Bohol Energy Development Advisory Group (BEDAG) chaired by Gov. Edgar Chatto.

The group continues to search for possible investors who can provide the much needed power in the province as the Leyte geothermal power source will be out of its maximum supply on or before 2022 or barely seven years from now.

The governor’s utmost concern for sufficient power supply came as until this time, the province has no power supply based in the island itself thus the existing power load is dependent on the power from the geothermal power plant in Leyte.

“I don’t wish the Boholanos to experience a total power black out for almost a month when super typhoon Yolanda toppled the power lines in Leyte and Bohol thereby cutting off power supply,” Gov Chatto stressed during the meeting. He cited that putting up power generating plants would take a minimum of three years, thus the need to scout for serious power investors.

During yesterday’s BEDAG meeting held at the Governor’s Mansion, a power investor with principals based in Germany signified its intention to build a windmill energy project in the province targeting to generate at least 30 megawatts. The company expressed hope that the provincial government through the BEDAG will be swift to extend resolutions for the power company to be extended service contract in their bid to provide renewable power to Bohol.

Regional Director Anotnio Labios of the Department of Energy who attended the meeting lauded the provincial government for creating the power development advisory group to look into the future power needs of the province.

Engr. Loy Acierto, chair of the BEDAG technical working group said measures are all considered on how the power situation in the province can be addressed especially with the expected increase in power demand due to the tourism boom here.