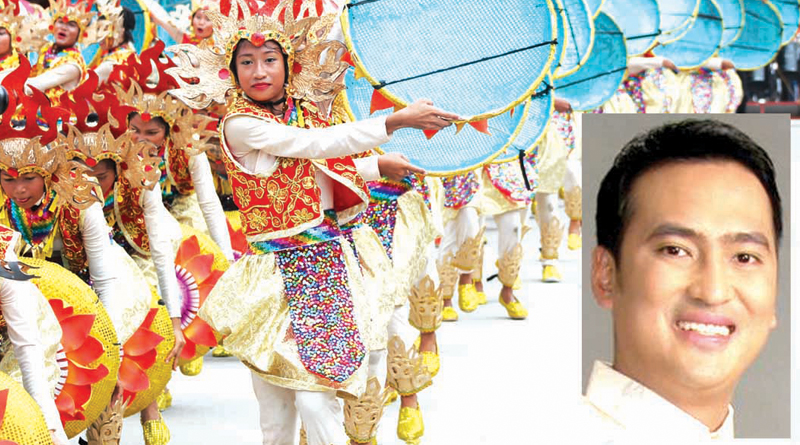 Minor awards with cash prize of P10,000 each were given to contingents from Mabini as most disciplined group, Anda as most colorful, Catigbian as most symbolic performance, Ubay as most unique, and Camayaan National High School of Loboc as most authentic.

Governor Edgar Chatto said the contingent choreographers had to undergo a workshop prior to the rehearsals to reorient them on original Bohol dances that would depict the message of Sandugo or the historical blood compact between Rajah Sikatuna and Spanish conquistador Miguel Lopez de Legazpi.

It was also made sure that the contingents would do away with the steps used in other festivals such as the Sinulog and perform Boholano steps, according to Marianito Luspo, chairperson of Sandugo Festival 2015.

Before the year ends, the Department of Tourism (DOT) through TIEZA will be at the helm of developing the Friendship Park in Tagbilaran City, as well as the Sandugo Shrine, amounting to a rough total of P60 million.

Thousands of Boholanos in attendance cheered on the bleachers upon hearing the good news.

The Sandugo Festival is one of the province’s most prominent festivities and tourist attractions, featuring a streetdance competition and a live re-enactment ofÂ the legendary pre-Hispanic blood compact between Datu Sikatuna, a native of Bohol and Miguel Lopez de Legazpi, the famed Spanish conquistador.

Although the actual Friendship Treaty was signedÂ on March 16,Â 1565, the month-long festivities are held every July and are sponsored by the Tagbilaran City Government.

Lapid, who previously served in the provincial government of Pampanga as governor, believes that tourism activities such as these are beneficial not onlyÂ in termsÂ of generating income for local government units (LGU), butÂ more importantlyÂ in bringing together people from all walks of life.

He himself worked for the integration of tourism in the development plans of LGUs, encompassing security, economic,Â infrastructure, and environmental aspects of improving the Filipinos’ way of life.

He also oversaw other tourism development projects in Bohol, including the repairs and reconstruction of churches damaged by the 2013 earthquake.

But Lapid still looks forward to working with the people of Bohol in the future as more exciting tourism developments come their way.