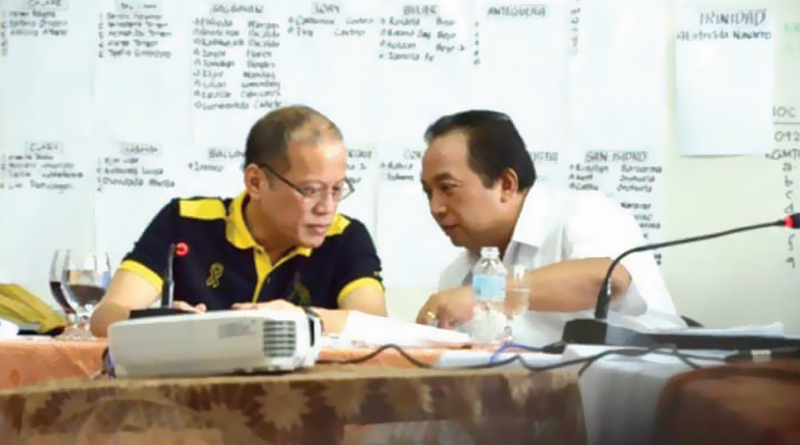 Bohol could stand out as one of the “favorite” provinces of Pres. Benigno Aquino III as shown on the huge fund releases given to the province as compared to the other provinces in the country.

Gov. Edgar Chatto, after the delivery of the last State of the Nation Address (SONA) of Pres. Aquino last Monday confirmed that Bohol has indeed been a top beneficiary of the national funds for infrastructures.

Among Aquinoâ€™s newest cutting-edge Â acts is the unprecedented P6.5 billion national incentive for local roads as announced in his 2016 budget message submitted to Congress a day after his last State of the Nation Address (SONA).

“The Aquino administrationâ€™s responses to concerns ranging from the urgent and extraordinary to long-term essential have been â€œexceptional and above expectation,â€ the governor said.

The governor cited such best testaments to these as the huge support to the tasking rehabilitation of the province from the great earthquake disaster and construction of the dream airport after Â 25 uncertain Â years.

In the new Bohol airport coordination meeting on Wednesday, Chatto recounted how, together with Rep. Rene Relampagos, they â€œpicked up the pieces and remoldedâ€ the project after it was then junked from the national priorities.

The meeting was attended by Department of Transportation and Communications (DOTC) Usec. Juanito Bucayan who, Chatto said, was among the cabinet men who helped them convince Aquino to allow the fulfillment of the long-fancied project.

â€œThe president deserves our thanks for allowing the important infrastructure,â€ Chatto said.

In his budget message, Aquino included the P25.7 billion fund for Bottom-up Budgeting (BUB) which is double the current amount and direct downloading of lawful receivables like the internal revenue allotment (IRA) from the national treasury.

The governorsâ€™ league and other members of the Union of Local Authorities of the Philippines (ULAP) are helping these because they have been lobbying for bigger BUB, road incentive adoption and regular funding, and direct downloading.

Chatto heads the technical working group crafting the incentive, also known as the Provincial Road Network Development Program (PRNDP), and designated spokesman of the League of Provinces of the Philippines (LPP) for its adoption by the national government.

Hoped for pilot implementation in Bohol and other first priority provinces next year, this is another milestone infrastructure policy and imminent legacy of the Aquino presidency, Chatto said.

The Bohol leader said what the president has done to the drought of national transformation and global respect for the country and its government cannot be understated.

Aquino highlighted in his SONA the countryâ€™s gains in the past five years and his commitments, especially of local impact, in the finale of his term which ends in June 2016.

He took the pains so that a cleaner government may triumph, earning international confidence for his country, the governor said of the president who is an LP party mate.

The countryâ€™s global has improved and world esteem regained, Chatto stressed, noting that it is becoming a â€œdarling economyâ€ with credit and investment upgrade and gross domestic product rate fastest in 50 years.

Aquino may not be a perfect president, but â€œhe has done his all and best,â€ the Bohol leader asserted.

All these and more are aimed Â to bring down poverty and achieve inclusive growth, a collective benefit to all economic brackets and social conditions.

Aided by World Bank (WB), the PRDP is a six-year project designed to establish the government platform for a modern, climate change-smart and market-oriented agri-fishery sector.

Also a Department of Agriculture (DA) and provincial government partnership, the PRDP provides key infrastructure, facilities, technology and information that raise incomes, productivity and competitiveness in the countryside.

It likewise aims to provide incentives to local communities and LGUs for improving natural resources management by generating sufficient and tangible economic benefits.

Launched here on Bohol Day, the project is assisted by the Asian Development Bank (ADB) in partnership with the Department of Environment and Natural resources (DENR) and provincial government.

Fully supported by the Aquino administration, the two projects further impact on health, education and tourism.

As it is gaining in Bohol , the continuity of genuine progress in the country under Aquino is widely believed to be sustained by his anointment of Department of Interior and Local Government (DILG) Sec. Mar Roxas to succeed him.

Chatto was among those called to witness Aquinoâ€™s endorsement of Roxas as the standard bearer and presidential bet of the Liberal Party in 2016 at Club Filipino in Manila on Friday.

The governor had to leave for Manila from Camiguin, where he led the mid-term evaluation and planning workshop of the Management Executive Board (MEB) of the provincial government of Bohol .

Relampagos, another Bohol LP timber, also joined in witnessing Aquinoâ€™s endorsement of Roxas, whose agency handles the national support to the provinceâ€™s rehabilitation through Â the Bohol Earthquake Assistance (BEA).

The president and interior secretary have been â€œhands-onâ€ leaders and providers to Bohol in crisis, Chatto said.

Aquino had himself rushed to Bohol twice in the first week of the epic earthquake, even sleeping on the ground in devastated Loon while the island-province was still hammered by powerful aftershocks.Â (Ven rebo Arigo)