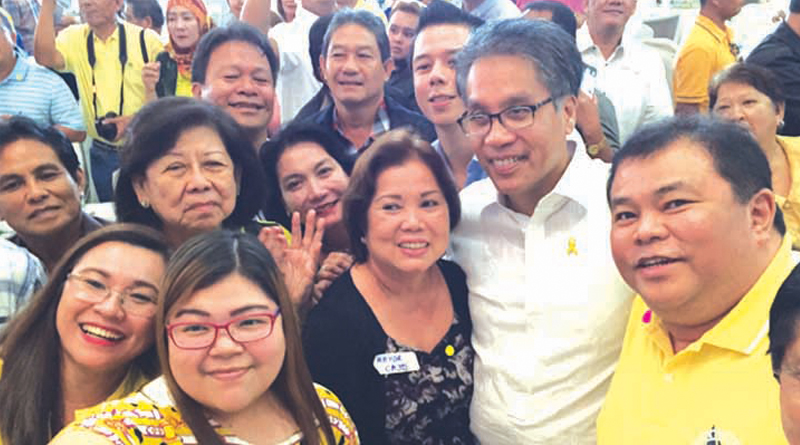 If elections will be held tomorrow, the entire Bohol leadership under the Liberal Party will support DILG Sec. Mar Roxas for the presidency.

This surfaced during a random interview conducted byÂ The ChronicleÂ among LP officials here, most especially those who attended the “proclamation” of Roxas as the party’s standard bearer for the coming 2016 polls.

With the split at the national LP leadership, there seems to be an identical scenario in the province where some might be supporting the presidential bid of Senator Grace Poe, instead of Roxas.
Rep. Relampagos toldÂ The ChronicleÂ the endorsement of Pres. Benigno Aquino III for Roxas at the Club Pilipino turned out to be a gathering not just for LP members but of politicians coming from the various political groups aligned with the ruling administration party.
“It was a show of force for Roxas,” thus the attendees were not just those of the LP butÂ  politicians who believe in the leadership of Roxas.

Chatto and Relampagos led some Bohol mayors to the event that endorsed Roxas for the presidency.

But, since the gathering was not exclusive for the LP, then other politicians like former Carmen Mayor Cheche Toribio delos Reyes were in attendance. The defeated gubernatorial bet is seriously considering to run for congresswoman in the 3rd district against incumbent Rep. Art Yap.

The former Carmen mayor is working out her entry to the Liberal Party with PSCO General Manager Ayong Maliksi as her endorser. Yap who is close ally of Gov. Chatto and Rep. Relampagos could not join the LP because of his close identity with former Pres. Gloria Arroyo (GMA)

De los reyes who is serious in her bid against Yap is reportedly working out with an anti-GMA camp in Manila for the filing of formal charges against Yap for the much publicized rice smuggling during the Arroyo administration where the Bohol solon served as agriculture secretary.