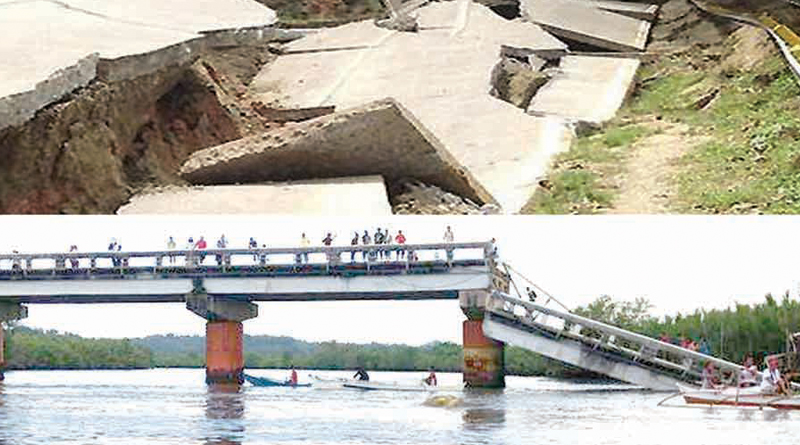 Another strong aftershock woke residents in at least seven towns and Tagbilaran City in Bohol at around 4:19 a.m. yesterday.

The ground shaking at magnitude 4.2 had depth of six kilometers with epicenter located two kilometers north from the east of Cortes town, first municipality north of Tagbilaran City

Nolan Evangelista, Phivolcs in-charge for Bohol, said it is still an aftershock of the magnitude 7.2 earthquake on October 15, 2013. He said aftershocks can still be experienced even two years after a major quake.

During an interview withÂ The Chronicle,Â Â Evangelista explained the position of the ground shaking is within the rupture zone of the 2013 earthquake considered aftershock except if the magnitude goes more than 7.2 different.

He said the ground shaking was traced to offshore of Cortes and Maribojoc towns.

Since the rupture was underground or its depth is just six kilometers, its intensity felt on the surface is stronger, according to Evangelista.

The effect could have been destructive had it lasted beyondÂ  two seconds, he said.

However, Antequera Municipal Councilor Asterio Coquilla said they felt the ground shaking for 5 seconds, and things placed on theirÂ cabinet and tablesÂ had fallen, making them believe that it was more than magnitude 4.2.

Evangelista explained that the actual ground shaking was only two seconds, but its intensity could be felt longer in areas with loose ground.

It is felt at intensity 2-3 in towns surrounding the epicenter such as Antequera, Balilihan, Sikatuna, Corella, Tagbilaran, Maribojoc, Loon, and Tubigon.

Since the force is northwestâ€”that is towards Cebu, there has been no ground shaking felt in Panglao and Dauis.

Evangelista also explained that the frequency of ground shaking is one earthquake per month. Since there are several active faults in the Philippines, an average of 13 earthquakes are recorded per day.

However, this month, Phivolcs already recorded two earthquakes in Bohol.

Prior to the aftershock yesterday dawn, Phivolcs recorded a magnitude 3 quake on August 3, at around 1:55 a.m. with depth of 16 kilometers and with epicenter traced to six kilometers south from the east of Carmen.