4 nabbed in buy-bust operations in towns 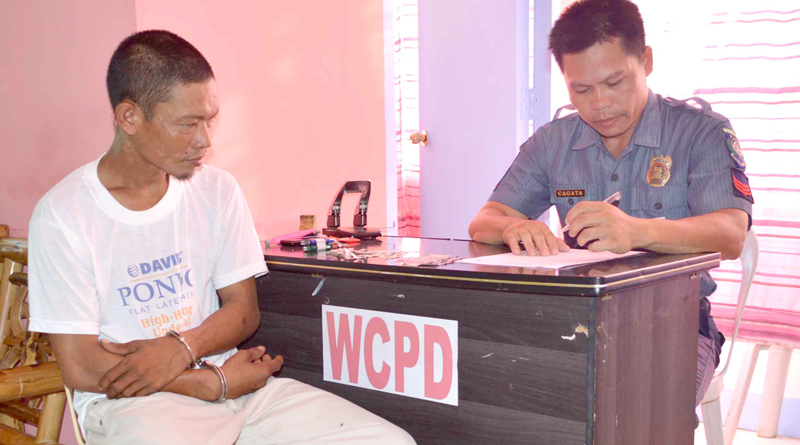 4 nabbed in buy-bust operations in towns

Police scored anew in a series of operations against illegal drugs in one day in at least three towns.

In Candijay, elements of Candijay police station, led by the municipal chief of police, P/Inspector Gerald Luna, conducted a buy-bust operation against one Ramile Gulle, a 37-year-old resident of Poblacion, Candijay at around 11 a.m. on Monday, August 10, in coordination with PDEA-Bohol.

Investigators are now preparing the charges against Gulle for filing at the prosecutorâ€™s office based on Section 5 (sale of dangerous drugs) and Section 11 (possession of dangerous drugs) of Republic Act 9165 or the Comprehensive Dangerous Drugs Act of 2002.

The recovered sachets of crystalline substance had been submitted to the PNP crime laboratory for qualitative and quantitative examination.

Gulle was brought to Candijay Community Hospital for medical examination and was informed of his constitutional rights.

At around 9:05 p.m. on the same day, the Municipal Anti-Illegal Drugs Special Operations Task Group (MAIDSOTG) of Baclayon, led by Police Senior Inspector Vincent Paul Dumaguing, conducted a buy-bust operation in barangay Guiwanon and arrested one Floriano Â Jungao, a 50-year-old resident of the same place.

Jungao handed a sachet of shabu to a poseur-buyer after receiving the marked money amounting to P200.

Based on the information from the intelligence and investigation branch of the police, their confidential assetarrived at the police station and informed that he saw Jungaoâ€”a personality placed under surveillance for alleged active involvement in the illegal drugs trade in barangay Guiwanon, Baclayon.

Dumaguing immediately composed a team for a possible buy-bust operation and coordinated with the Bohol office of PDEA-7.

Indeed, the police team caught and arrested Jungao that evening for violation of Sections 5 and 11 of RA 9165.

In the same evening at around 9:30 p.m., the MAIDSOTG of Sevilla Police Station, led by Police Inspector Librado Bigcas Jr., conducted a buy-bust operation in barangay Bayawahan, Sevilla, where they arrested one Christopher Logpit, also known as â€œKutingâ€, a 29-year-old resident of the same barangay.

The cops confiscated one small heat-sealed transparent plastic sachet containing white crystalline substance believed to be shabu which was the subject of the buy-bust operation and the marked money amounting to P500.

The cops also confiscated his cellphone, and Kawasaki Fury motorcycle.

The Sevilla MAIDSOTG conducted the operation in coordination with the PDEA-7 team in Bohol.

On August 9, at around 4 a.m., a team from the Sikatuna police station, arrested another alleged drug personality, identified as one Mario Bugtong, in a buy-bust operation in barangay Badiang.

The cops recovered the sachet of shabu—the subject of the operation—and the marked money P500, and two more sachets containing crystalline substance believed to be shabu