SWORN TO REVIVE THE ‘TREE OF LIFE’ 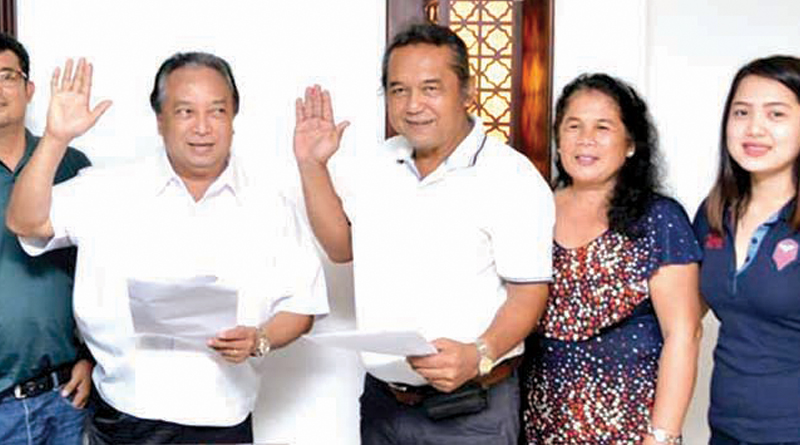 SWORN TO REVIVE THE ‘TREE OF LIFE’

Gov. Edgar Chatto swears in new Philippine Coconut Authority (PCA) Provincial Manager Emil Romero at Governor’s Mansion. This was after he received his appointement from PCA Administrator Romulo Arancon, Jr.. Romero faces the task of reviving the interest in the mass growing of coconut, the tree of life, and improve the industry that benefits half of the Boholanos. He held the post since 1993 until retiring in 2000. At extreme left is Jun Ordinario, his vice president. Also shown are (l-r) Romero’s son John Paul, a civil engineer; wife, Marcela; and daughter Jennifer, a nurse and an English-Japanese language mentor.