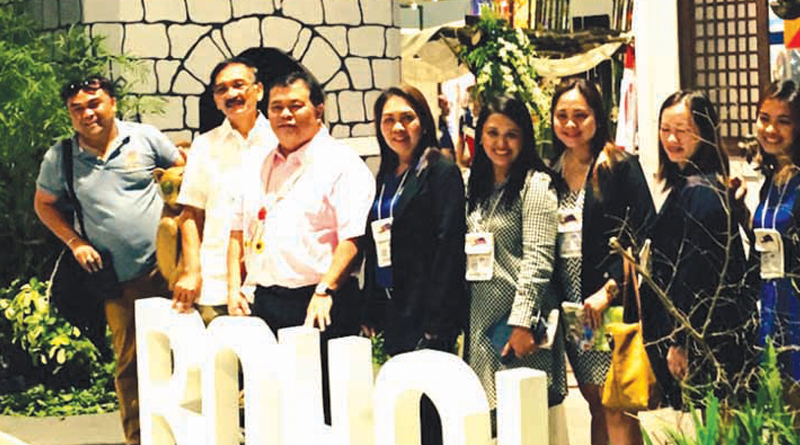 The tourism industry landed third as far as dollar earnings in the country is concerned.

The industry came next to the business process outsourcing (BPO) and semi-conductors services, according to DOT Sec. Ramon Jimenez, Jr., who attributed the boom in dollar earnings to the “Visit Philippines” program of which Bohol made an unprecedented support particularly in the recentÂ “Tigum Bol-anon sa Tibuok Kalibutan”Â (TBTK).

Commenting on the tourism generated revenue, Rep. Rene Relampagos, chair of the House committee on tourism said the department deserves sufficient budget so it can further generate dollar earnings in terms of tourism arrivals. He supports the proposed budget of P3.6 billion for next year for the tourism programs in the country,Â which is 44% higher than its current budget of P 2.5 billion.

The highest measure of tourism performance, according to DOT, is the amount of revenues it generates. In 2014, inbound tourism generated a revenue of P 275 billion while domestic tourism revenue reached P 1.469 billion.

Rep. Relampagos cited that with the countryâ€™s rich natural and cultural heritage, government fund must be ensured not only to promote tourism but more importantly to ensure that tourism in the country remains sustainable, responsible and mindful to the environment and the challenges of climate change.â€

DOT Undersecretary Ma. Victoria Jasmin said that under the 2016 National Expenditure program, the DOT and its attached agencies are set to receive P 3.61 billion for 2016

Of this amount, P2.95 billion goes to the Office of the Secretary; P 213.59 million to the National Parks and Development Committee; and P 446.07 million to the Intramuros Authority.

Rep. Relampagos further said that â€œthe future of tourism in the country must look seriously in community-based tourism. Local government units and the community are indispensable partners in the development, promotion and protection of tourism destinations. Only when they are actively engaged and involved can we be sure that tourism will be sustainable and responsible.â€

The pre-session budget is the venue to initially discuss the 2016 proposed budget, programs, plans and major accomplishment of each agency of government prior to the presentation at the plenary for debate and deliberation. The plenary discussion on the proposed 2016 budget will start in the latter part of September this year.