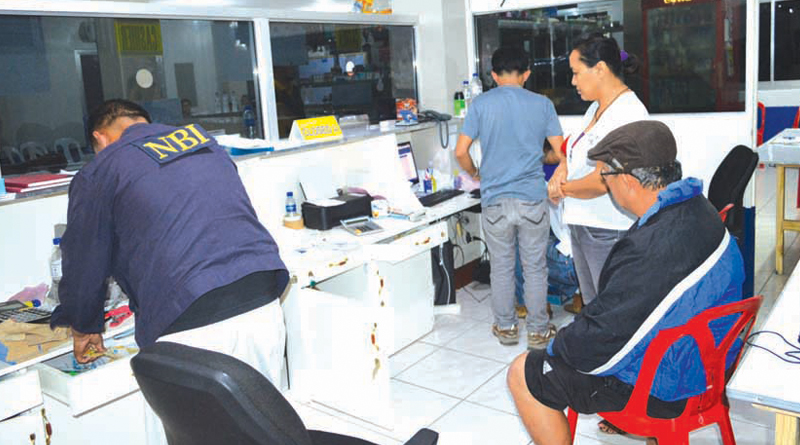 The popularity now of business schemes that assure fast return of investment such as in networking and pyramiding organizations, Boholanos have to be vigilant against the proliferation of scammers taking advantage of the established track record of legitimate entities.

Joe Hibaya, chief of theÂ Consumer Welfare and Business Regulation Division of the provincial office of theDepartment of Trade and Industry, warned the public from getting lured by lucrative offers of some groups to grow their money in just a short period of time.

Hibaya noted that networking and pyramiding systems now get impressive responses from enterprising individuals who want to grow their money in schemes that offer fast and high percentage of returns of investment.

HeÂ said the public should think twice how it would be possible for a company to offer such return of investment that fast without sacrificing other factors.

Hibaya said DTI-Bohol is now looking into Klikmart Reward, a shopping club operating in Tagbilaran City, which a team from the National Bureau of Investigation (NBI)-7 regional office had just raided on Thursday night last week for alleged violations of Republic Act 8799 or The Securities Regulations Code.

Hibaya, however, said they could not yet determine as of now, the nature of Klikmart Rewardâ€™s organization, but DTI-Bohol will act on any complaint the might be raised.

The raid on Klikmart Reward disappointed satisfied members, most of them professionals and educated members of the Boholano community.

Members of Klikmart Reward attested that they made the right investment with the said shopping club.

According to members, Klikmart Reward only require a minimum investment of P1,500 per member which would grow to P2,000 within a month.

A member said she withdrew her time deposit from the bank and invested an amount of P30,000 which grew to P40,000 within a month.

Another member said he had been receiving P15,000 bi-monthly from Klikmart Reward and a ranking member had reportedly bought a new car from the proceeds of his investment return from Klikmart.

This enticed others to join the shopping club.

However, NBI-7 Special InvestigatorÂ Agapito Gierran said their raid was in order.

Local proprietors and officers or the management team of Klikmart Reward, for their part, assured that pay-out of members will continue.

It would be business as usual after the eight employees and members of Klikmart Reward detained after the raid managed to post bail of P40,000 each.

Geomides Hinay, who introduced himself as the spokesperson of the company, assured this.

Hinay miingon also said they would file a “motion to quash the search warrant”, questioning the inclusion of RA 9165 [the Comprehensive Dangerous Drugs Act of 2002] as one of the laws allegedly violated as stated in the search warrant.

This is amid Gierranâ€™s explanation that it was just a typographical error and that they only intended to implement a search warrant related to an alleged violation of RAÂ 8799 or The Securities Regulations Code.

Hinay also added that the NBI team should have been accompanied by a team from the Securities and Exchange Commission during the raid.

Hinay also said Klikmart Reward had applied with SEC, a business on “wholesaling”.

In fact, they are supplying and selling grocery items to the members.