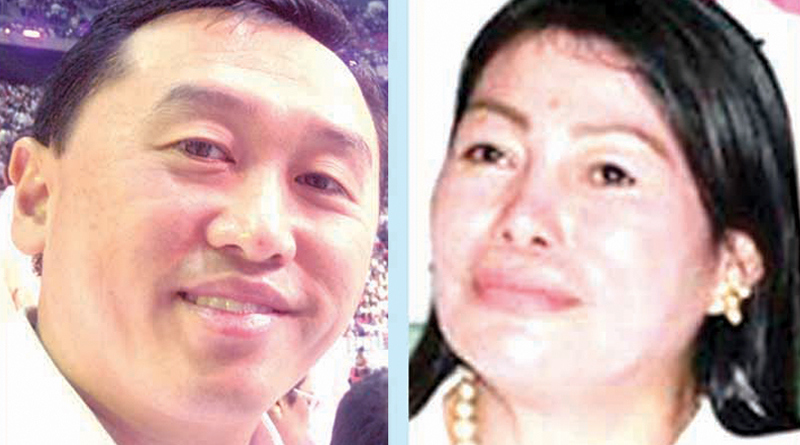 The third congressional district is expected to have complicated political developments as mayors joining the camp of congressional aspirant, former Carmen Mayor Cheche Toribio de los Reyes will not be given their Certificate of Candidacies under the Liberal Party (LP) as the filing of COCs commence tomorrow up to Friday at the Commission on Election.

Gov. Edgar Chatto, the ruling administration party provincial chair, announced that the national leaders affirmed the local coalition of Liberal Party and the Nationalist Peopleâ€™s Coalition (NPC).
On this, LP will field no candidate in areas where NPC provincial chair, Third District Rep. Arthur Yap, has a line up.

Expected to be unopposed, Chatto rakes all the support from mayors and incumbent officials seeking reelection and new comers in the ruling party ticket.

Rep. Rene Relampagos (LP), like Chatto is also expected to have a smooth victory in mext year’s election while Rep. Aris Aumentado who is not a member of the ruling party is likewise expected to have smooth sailing campaign for his re-election bid next year.
The tough battle is in the third district wherein Yap is being challenged by the defeated gubernatorial aspirant in 2013, former Carmen Delos Reyes.

Delos Reyes tries her luck this time in a district-wide fight after being defeated by Chatto in the province-wide bout in the 2013 polls.

She failed to get accepted in the LP and is left with no other option but to run as independent candidate.

Of the 19 mayors of third district, 10 stick with Yap, while Delos Reyes managed to convince nine.

Piezas, a last-termer will slide down to vice mayorâ€™s position in Guindulman, and fields her half-sister, Marivic Golosino against Elpidio Bonita.

Imboy will be fielding her daughter, Richelle Brigitte, against Councilor Jescelo Adiong in Loay.

Meanwhile, other incumbent mayors are already having the initial names on who will be running against them in next year’s election:Â  Anda Mayor Amper against Angelina Simario; Duero Mayor Conrada Amparo against Ronald Felisilda; Jagna Mayor Fortunato Abrenilla against Joseph Ranola; Mabini Mayor Esther Tabique against Juanito Jayoma; Sierra Bullones Mayor Maestrado against Alfrtedo Gamalo.

Reports indicate that until last Saturday no opponents have so far come up for Valencia Mayor Lim, Alicia Mayor Ayuban and Bilar Mayor Palacio.

The nine mayors who joined delos Reyes’ camp were said to be among the first to be given substantial initial campaign fund as reports revealed that they given “signing bonuses” of P1 million each.

Rep. Rene Relampagagos is reported to have aÂ  first timer political upstartÂ  to challenge him.

Former Rep. Robrto Cajes emerged last week to post hid bid to run against Rep. Aris Aumentado.Â  Board member Jerry Garcia who was monitored to be visiting the 14 towns in the district is reportedly not pushing his congressional ambition.