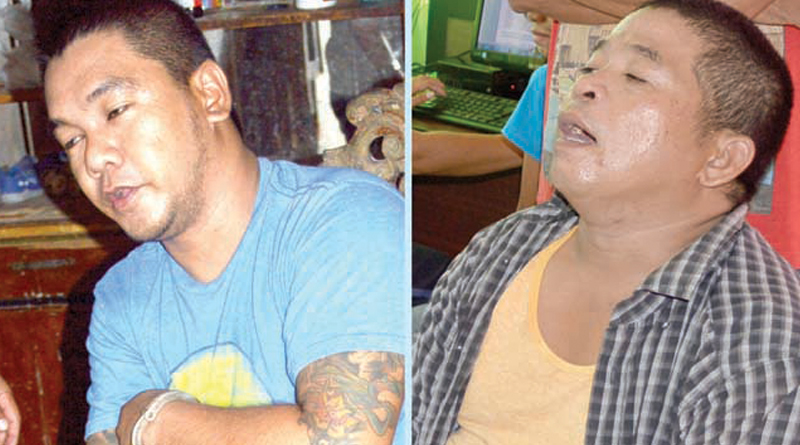 Another suspected big-time drug runner in the city yields P80,000 worth of shabu in another raid yesterday.

Elements of the City Anti-Illegal Drugs Special Operations Task Group swooped down the residence of one Leonell Ramirez Blanco, also known as Mogs, at V.P. Inting Avenue, Purok 3 of Barangay Mansasa, this city.

The police team conducted the raid based on a search warrant issued by Judge Suceso Arcamo of the Regional Trial Court (RTC) Branch 47.

The score of shabu with total estimated weight of 25 grams were placed in one big pack, four medium packs, and two smaller packs.

Other items seized inside Blancoâ€™s house were a Black Widow .22 caliber revolver, a pack of Marijuana leaves, three large transparent cellophane sachets with traces of shabu, and drug paraphernalia.

The raiding team arrested Blanco and temporarily detained him inside the lock-up jail at the city police station.

In an earlier anti-illegal drugs operation, the police team of Candijay arrested a 38-year-old native of Cebu temporarily staying in Barangay Boyo-an.

Police Inspector Gerard Luna, the chief of police of Candijay, identified the arrest person as one Wilfredo Latsonera.

He was arrested during a buy-bust operation where he yielded a sachet of shabu and the marked money.

Upon frisking him, the police team recovered a firearm tucked in his waist, eight more sachets of shabu from his possession.

According to Luna, they already obtained a search warrant from RTC Branch 51 Executive Presiding Judge Patsita Gamutan against Latsonera to raid the house he is occupying in Candijay.

After his arrest from the buy-bust, the police team brought him to the house where he was staying and conducted the search.

There, they recovered 18 more packs of shabu, and drug paraphernalia.

Luna said Latsonera had been in the watchlist of drug personalities of Camp Dagohoy.

For his part, Police Senior Inspector Jojit Mananquil, who heads the Provincial Intelligence Branch, Latsonera had been tagged as a notorious criminal and had once served a sentence at the Muntinlupa Bilibid Prison for murder.

Latsonera admitted that he used to sneak two kilos of shabu to Bohol at a time before his boss was killed in Cavite during an encounter with the CIDG team of Camp Crame.

Since then his supply had reduced to only half a kilo per shipment a month.