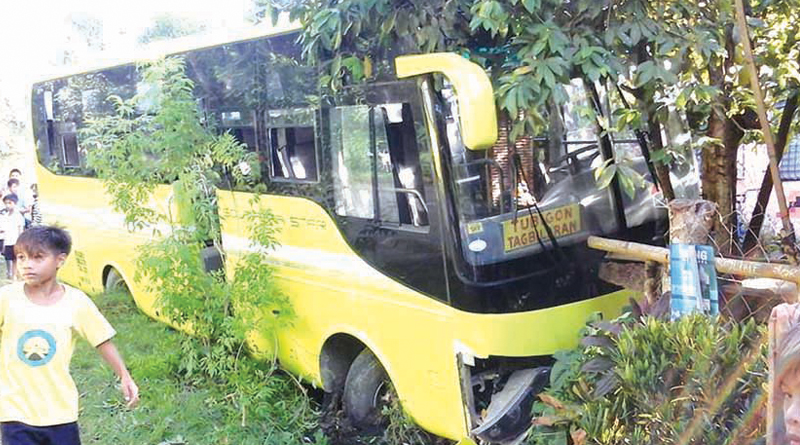 Barely a month after the hearing at the Sangguniang Panlalawigan, another unit of the Southern Star Bus company figures in a road accident at around 5:30 a.m. on Monday in Barangay Ubujan, Inabanga. According to winesses, the Southern Star Bus tried to overtake a motorcycle and when the motorcycle moved to the left, the bus had no other option but to avoid hitting the motorcycle by also turning to the left and went beyond the roadside. None of the 54 passengers were injured.