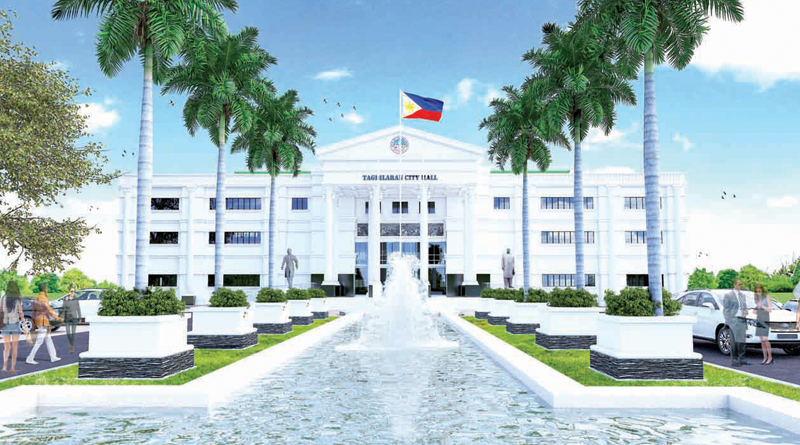 The 78-million repair works on the earthquake-damaged will be completed before the Tagbilaran fiesta in May next year.

City Administrator Leonides Borja announced this as only 30 percent of the works remains to be accomplished.

The contractor, Labb Construction, is now working on the entrance portion of the edifice and repair on the skeleton frame was already completed.

The repair of the damaged City Hall started in the last week of June this year after theÂ release of P68 million of the P78-million allocation for the project.

The second tranche of the budget, amounting to P10 million, followed after substantial accomplishment of the project.

The allocation came from the P2.3-billion Bohol Earthquake Assistance released by the national government to the provincial government through the Department of Interior and Local Government.

The project covers repair of the entire City Hall, landscaping, and improvement on the fence.

Tagbilaran City Mayor John Geesnell Yap II signed the notice to proceed for the repair of the City Hall on June 10 and the actual works started about two weeks later.

The City Hall of Tagbilaran is one of the many government buildings damaged during the earthquake that hit Bohol on October 15, 2013.

The mayor created a project monitoring team tasked to keep track of the contractorâ€™s accomplishment to make sure that it is within the timeframe set.

The project monitoring team made sure the implementation of the P78-million budget for the project would be free from any anomaly.

The repair of the City Hall could be the first to rise from the ruins among the earthquake-damaged government centers in the province.

Offices of the city government have been housed at the Bohol Agricultural Promotion Center building just beside the City Hall since the earthquake.