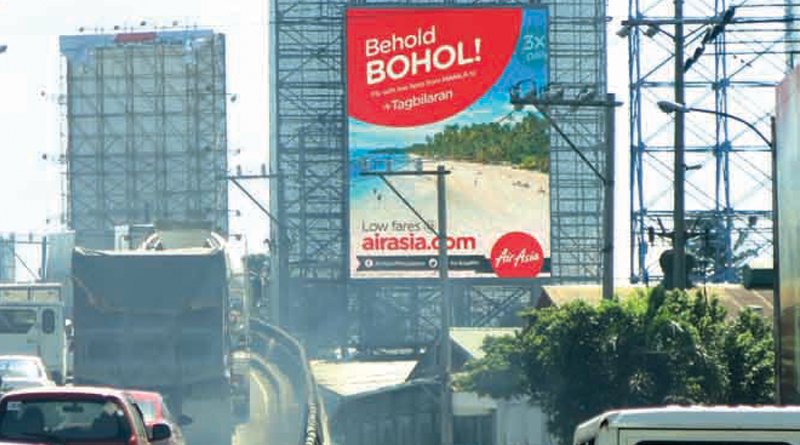 A giant billboard promoting Bohol as a destination is mounted along the busy highways in Metro Manila, one at EDSA Guadalupe and another billboard along Carlos P. Garcia Ave. (formerly C-5) at Bagong Ilog. The slogan “Behold Behold” is bannered in this campaign initiated by the Provincial Tourism Council (PTC) in cooperation with AirAsia, which inked a yearlong promotional contract with the provincial government of Bohol. These LED billboards will be seen by thousands of commuters until the end of December this year, in time for the holding of the APEC Summit. This is part of the promotional efforts to bring more tourists to Bohol.