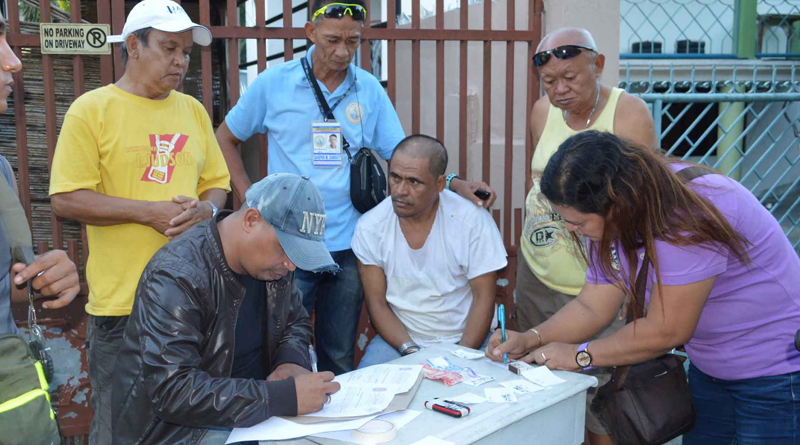 Another suspected illusive high-profile illegal drugs supplier covering at least three towns yielded around 100 grams of shabu with estimated value of P1 million during a buy-bust operation in Candijay yesterday.

Candijay chief of police, PInsp. Gerald Luna, said the operation was a continuation of the Oplan Lambat launched by the Bohol Police Provincial Office (BPPO) in time of the 50thÂ birthday of Provincial Director Dennis Agustin on November 5.

According to Luna, the MAIDSOTG was supposedly set to corner Tubo on the launch day of the two-day One Time-Big Time Oplan Lambat, but the suspected drug supplier did not show up in Candijay.

This time, the Candijay police team finally made it in time for the supposed weekend pull.

The MAIDSOTG monitored that Tubo headed to drop a bulk supply to drug runners in Candijay and in fact, took their bait.

The cops arrested Tubo after handing a small sachet of shabu to the poseur-buyer for P500.

When frisked, Tubo yielded more packs of shabu—three in big sachets, one in medium-size (bulto), and seven in small sachets.

Other items confiscated from Tubo were six .38 caliber ammunitions, a diposable lighter, aluminum tin foil and other paraphernalia.

Intelligence report shows that Tubo, a resident of Talibon, works for a druglord in his town.

The cops noticed that Tubo could be high on drugs during the buy-bust, based on his gestures.

He was asked to submit himself to a drug test after his arrest.

Intelligence reports also show that Tubo worked with the suspected drug personalities arrested during the One Time-Big Time police operations on November 5 in Candijay.

The MAIDSOTG arrested oneÂ Rey Lowell Gudillos, 31-year-old resident of Barangay Cogtong, Candijay during a buy-bust operation at around 7:30 p.m. on November 5.

Gudillos yielded five small sachets of shabu—including the one that was the subject of the buy-bust, and the three pieces of 100-peso bills used as marked money.

The Candijay police team arrested another alleged drug personality identified as one Carlo Ortiz, a 46-year-old resident of Barangay Tawid,during another buy-bust operation conducted at around 8:30 p.m. of the same day.

Ortiz yield four small sachets of shabu, including the one that was the subject of the buy-bust; and three pieces of 100-peso bills used as marked money.

The municipal chief of police said they are tracking down more drug personalities working with Tubo.

They are also trying to trace where the Talibon-based drug ring and the other group got their supply of shabu and how the route of the transshipment.