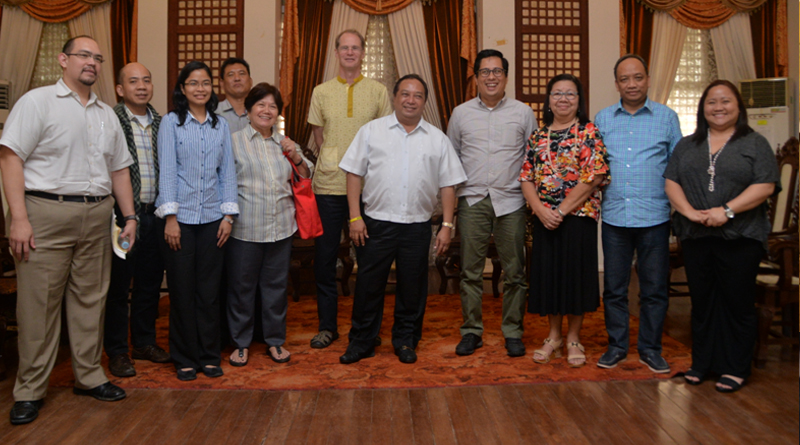 Gov. Edgar Chatto spoke of empowerment as key element of governance at the 2-day forum of Local Poverty Reduction Action Teams (LPRATs) for the Bottom Up Budgeting Program for FY 2017 this week.

The governor said this principle of taking part in governance where National Government brings its resources to Local Government Units (LGUs) defines trust of national government of LGU capacity to effectively implement projects.

LPRATs comprised of both government and civil society representatives play a major role in project identification and monitoring of BuB projects.

BuB is an approach to the preparation of agency budget proposals, taking into consideration the development needs of the LGUs.

The projects are identified through their respective local poverty reduction action plans (LPRAP) that are formulated with the strong participation of basic sector organizations and other civil society organizations (CSOs).

The program which began in 2012 seeks to increase citizensâ€™ access to local service delivery through a demand-driven budget planning process. Through its processes, it also strengthens government accountability in local public service provision.

Chatto said that the BUB program, which allocations for the 2017 budget has been increased to P12billion focuses not only on capacity of LGUs to implement projects but also sees the link between these projects vis-a-vis broader perspective and goal of inclusive growth.

For 2016, BUB funds have been allocated for LGU implementation but national agencies along with leagues, including the League of Provinces of which Chatto sits as Secretary General, are lobbying to bring to barangay level this governance concept of empowerment.

He said they are pushing for not only the piloting of the BuB programs in 12,000 barangays but also ensuring one barangay for each town gets to be piloted for FY 2017.

Chatto said, encouraging LPRATs to take advantage of the BuB program, the workshop is merely a part of the whole process of the struggle of local autonomy, where it is only now, during the term of Pres. Noynoy Aquino, where resources are coursed to LGUs, a huge step from decentralization since the Local Government Code took effect in 1991.

The 2-day conference was facilitated by the Department of the Interior and Local Government (DILG). (Leah/EDCOM)