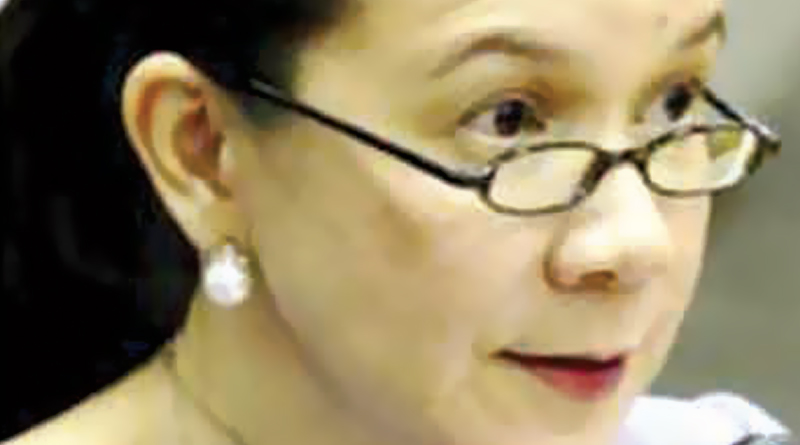 Mary Grace Natividad Sonora Poe Llamanzares, popularly known as Grace Poe is not eligible to run for President of the Republic of the Philippines in the May 9, 2016 National and Local elections.

This was the unanimous stand of the Commission on Election (COMELEC) 2nd Division in a Resolution promulgated on December 1, 2015 that Poe is not a natural born citizen and did not comply with the 10 year residency required by the Constitution for Presidential candidates.

According to the 34 page Resolution “We would have wanted to declare the respondent (Poe) eligible to seek the highest position in the land within the gift of our people. After all, she is not only popular; she is, potentially, a good leader”.

But the COMELEC 2nd Division’s final word stressed “an aspirant for the highest position in the land must strictly adhere to the provisions of the highest law of the land – the Constitution”.

The COMELEC 2nd Division ordered the cancellation of the Certificate of Candidacy (COC) filed by Poe for containing false material misrepresentation.

Poe declared on her COC that her period of residence in the Philippines is 10 years and eleven months as of May 15, 2016, a day before the election and that she is a natural born citizen.

Section 2, Article Vll of the 1987 Constitution requires candidates of President to be a natural born citizen and a resident of the Philippines for at least ten years immediately preceding such election.

According to the resolution, Poe is required a residency in the country as early as May 2006 but based on her own declaration “she has been a resident of the country only since November, 2006”.

When Poe ran for senator in the May 13, 2013 Senatorial Elections, in her COC she answered “6 years and 6 months” as her period of residence in the Philippines.

Based on her COC for senator, “her period of residency from November 2006, she will be a resident of the Philippines by May 9, 2016 only for a period of 9 years and 6 months”, according to the COMELEC resolution

According to the COMELEC 2nd Division “She is not compliant with this basic requirement” and the sworn statement in her COC filed for the 2013 senatorial elections is “an admission against her interest”.

The resolution stressed that Poe is bound by her declaration in her COC for senator that she has been a resident in the Philippines for 6 years and 6 months, “after all, she should not have declared it under oath if such declaration was not true”.

Poe admitted that she committed an honest mistake “on a difficult question of Â law” when she stated in her COC for senator that her period of residency in the Philippines before May 13, 2013 was 6 years and 6 months.

But the COMELEC 2nd Division brushed off Poe’s defense as “convenient and is at best self serving” while there was no evidence that there was an attempt to rectify the so called honest mistake.

The resolution also pointed out that Poe, being a foundling, is not a natural-born Fililpino citizen as she claims in her COC for President.

The COMELEC 2nd Division chided Poe that “as a sitting Senator, a well educated at that, all Philippine Constitutions – 1935, 1973 and 1987 have consistently adhered to the “jus sanguinis” or “citizenship by bloodline”.

“Nowhere in any of the three Constitutions is there a direct or indirect inclusion of a foundling as a natural born Filipino citizen or a Filipino by birth”.

Poe was born on September 3, 1968 in Jaro, Iloilo of unknown biological parents, therefore a foundling and was found abandoned in the Parish Church of Jaro, Iloilo by a certain Edgardo Militar.

The petition to disqualify Poe was filed by Atty. Estrella C. Elamparo asserting that being a foundling, Poe cannot be considered a natural born Filipino under the Constitution and her period of residency in the Philippines is 6 years and 6 months.