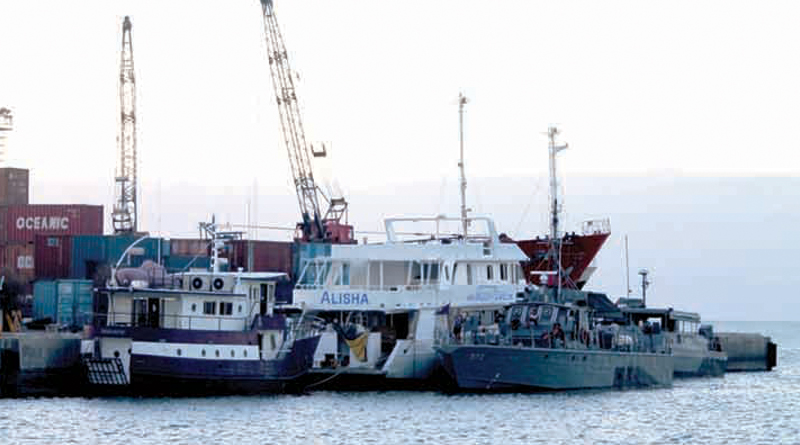 Two Hungarian nationals are under close monitoring by the Philippine Coast Guard after they could not present their working visas while staying in a yacht at the Tagbilatan Tourist Port.

The foreign nationals were identified as Serfel Jozsef and Csere Miklos, crew members of<em>”KM Alisha,”</em>Â a 150 gross toner yacht which likewise has no documents to indicate as to how long they are allowed to stay in the country.

The yacht has been here since May last year which makes PCG authorities suspicious as to their presence. They were told that the original crew from Malaysia, Indonesia already left the country. The yacht is left under the care of the two Hungarian nationals.

Commander Quisinio already made his official report to the Bureau of Immigration (BOI), the Customs Bureau and the Maritime Industry (MARINA) so proper action can be taken as he ordered to hold the yacht and the Hungarian crew at the city port.Â  The original crew were Indonesians as the yacht is registered in Indonesia.

The Coast Guard checked on the yacht amidst the call for national security especially with the increasing terrorists’ activities in various parts of the world.

Quisinio said he will follow up this week the BOI’s action on his report in order to issue the final order on what to do with the two Hungarian nationals and the yacht.

Meanwhile, another yacht docked at the city portÂ  Tarsier Nautica was asked of its documentation as the said yacht is registered in Hongkong. The owners who are presently residing in Panglao assured to present their papers to the Coast Guard.Â Â Tarsier Nautika obtained its port clearance from Hongkong China Marine Department as a boat owned by the government of Hongkong and showed a Quarantine Clearance for outgoing vessels and oath of entering vessel from a foreign port, according Commander Quisino.