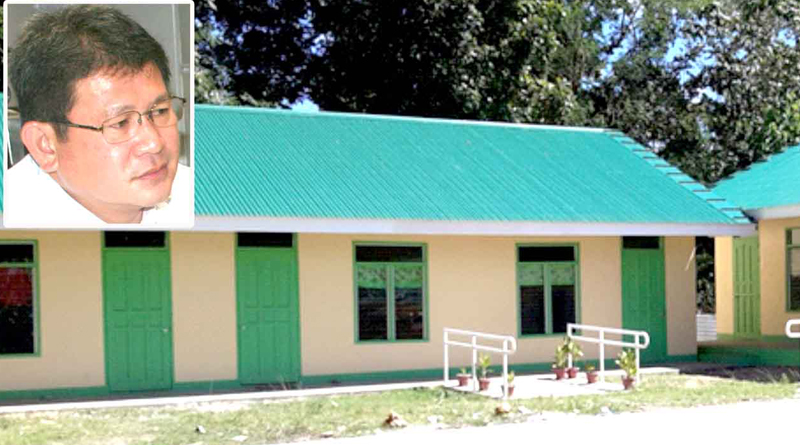 District Engr. Francis Antonio Flores toldÂ The ChronicleÂ last Wednesday that there are 553 new classrooms which should be completed by June next year, opening of classes with the implementation of the K-12 program of the Department of Education.

He saidÂ  the 553 classrooms will be constructed in 169 school sites under the first engineering district.

For this year, there are 240 new classrooms to be constructed in 50 different sites.

Flores said of the 50 sites, construction is going on at 31 sites while the construction in 19 other sites were differed due to site location. This year’s budget for additional school buildings is P346 million, higher by P33 million as compared to last year.

A check made byÂ The ChronicleÂ showed that a “remarkable” increase in the construction pace was noted during the past few months after Flores and his key officials at DPWH-1 implemented some measures to enhance the working relationship between the DPWH-1 offices and the contractors involved in the projects.

The improved pace initiated by Engr. Flores’ team did not miss the credit of DPWH Regional Director Ador G. Canlas. The performanceÂ  rating of DPWH-1 rose to rank no. 7 (from 11th) among 14 engineering districts in the region.

Engr. Vely de Vera, president of the Bohol Contractors Association expressed elation of the improved working relationship between theÂ  DPWH-1 and about 10Â  contractors who are now working double time to beat the June 9 deadline of these 553 classrooms.

Meanwhile, at DPWH-2 under Engr. Mario Montejo, it was learned that with a budget of P331 million, school buildings in 37 sites were completedÂ  (out of 48)Â  while six were suspended due to site location and one awaiting soil exploration result.

Asst District Engr. Junibe Froilan toldÂ The ChronicleÂ that in second batch budgetedÂ  P16.6 million, technical vocational facilitiesÂ  and workshop buildings are on going construction while three projects are undergoingÂ  preparation of its program of works.

There was no feedback from the office of Dist, Engr. Aramis Torrefrance of DPWH-3 when sought last week byÂ The ChronicleÂ of the status of their school buiilding construction.