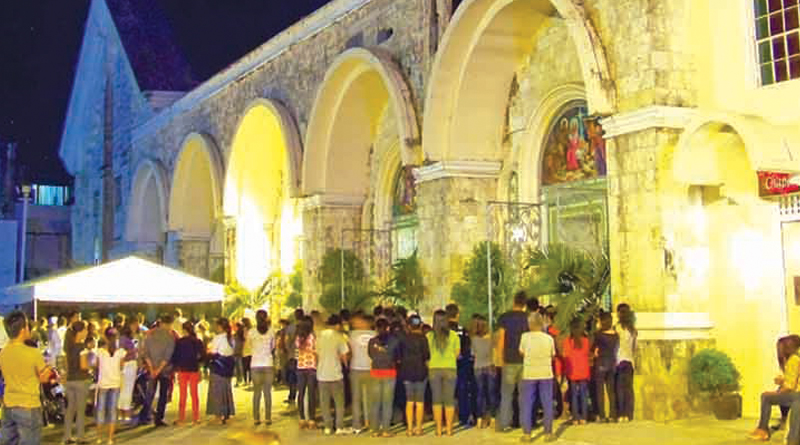 Thousands of devotees of this predominantly Catholic province will convergeÂ  as early as 4:30Â  dawn todayÂ  in the various churches to herald the coming birth of Christ.

“Misa de Galloâ€Â is a traditional affair which dates back to the birth of Christ.Â  The church has given sanction to its early celebration in order to inject a realistic touch to the greatest and most profound miracle in the history of mankind.

Its origin says thatÂ  Filipinos have been going to the these nine pre-Christmas masses as early as the days of the Spanish conquistador who introduced the custom here.Â  The observance was to have originated in Mexico when the Spaniards ruled that country.

The tradition, wonderfully enough, has survived the acid test of time, to be observed with renewed fervor as the coming of every New Year dawns.Â  Not even war, famine, pestilence or the vicissitudes of time have attempted to obliterate the simple homage of those who believe in Christ.

Bishop Leonardo Medroso and Bishop Patrick Parcon will lead the firstÂ “Misa de Gallo”at dawn today at the St. Joseph Cathedral, this city and at the Talibon Cathedral, respectively.

Meanwhile, mass goers in the city will have a good treat for an early breakfast as the “Pamahaw sa Plaza” will open at 5:00 am today at Plaza Rizal. This will showcase some native breakfast as well as the usual American breakfast at various food outlets to be mounted at Plaza Rizal under the auspices of the Bohol Association of Hotels, Resorts & Restaurants (BAHRR). Rommel Gonzales, BHARR president toldÂ The ChronicleÂ that this is theÂ  “breakfast version” of the popular Fusion Nights during the Sandugo festival.Â  Some five to 10 resorts and restaurants will be serving their breakfast menu at affordable prices.