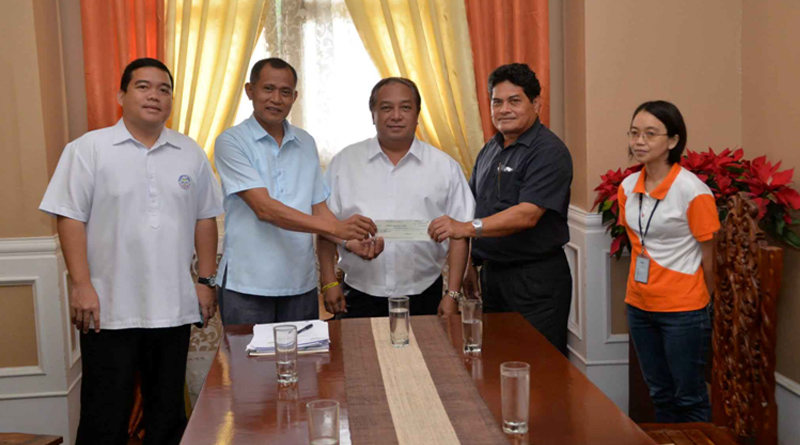 Gov. Edgar Chatto and Provincial Adminstrator Ae Damalerio stand as witnesses as Bohol Light Company, Inc. (BLCI) General Manager Engr. Eulogio Signe turns over to the Provincial Government of Bohol the dividend from BLCI to Provincial Treasurer Eustaquio Socorin. The Provincial Government of Bohol owns 30% share of the Joint Venture Agreement for the electric distribution system in Tagbilaran City. The joint venture agreement for power distribution is seen as a win-win situation that addressed electric distribution system problems and earned money for the province, a landmark public-private partnership project during the Relampagos-Chatto administration. The governor also discussed disclosure process of fiscal reports of the BLCI to both executive and legislative branches of the Provincial Government.