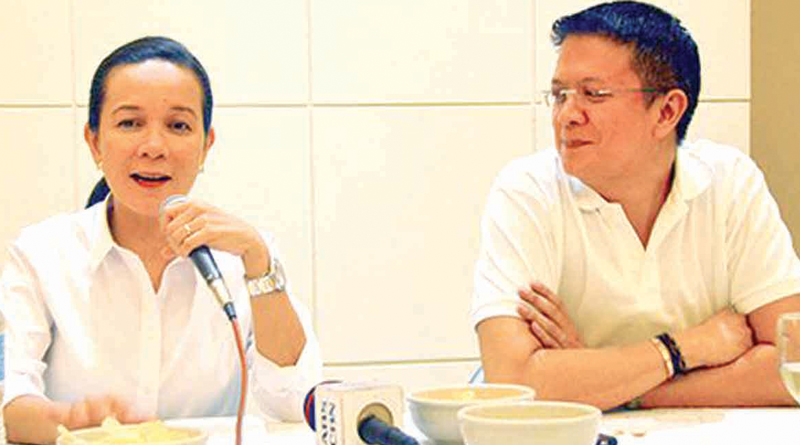 Senator Poe, who topped the 2013 senate race with over 20 million votes, was declared a “natural born” Filipino by the Senate Electoral Tribunal (SET), in a vote of 5-4. Poe likewise secured a temporary restraining order (TRO) from the Supreme Court on two disqualification rulings of the Commission on Elections (Comelec).

The Comelec, on the other hand, said it will keep the name of Senator Grace Poe on the ballot even if the cases now pending at the SC regarding her candidacy are yet to be resolved.

Senator Poe and Sen. Escudero will hold marathon radio chats over stations dyRD and Kiss 102.3 FM,Â at 6:30 in the morning tomorrow, Thursday. Thereafter, they will hold a press conference at the Miravilla Resort at 7:30 a.m. The party will meet with the students during a dialogue at the Holy Name University (HNU) gymnasium at around 9:15 am tomorrow together with senatorial aspirants, according to businessman Mario Uy, provincial coordinator.

Poe is the acknowledged author of the senateâ€™s version of the Freedom of Information Bill which has endeared her to the media and civil society.

The youth sector, one of Poe’s major constituencies will exchange views with the senator on her agenda for quality education, equal opportunities for all and job generation.

Senator Poe also topped the senate race in Bohol in 2013.

The Supreme Court, fully aware of the social implications of the election protests filed against Poe vowed to resolve the cases with dispatch. The Comelec, on the other hand, will keep the name of Poe on the ballots even when the cases are not yet resolved by the SC.

Either way, Poe remains a viable candidate for the coveted 2016 May polls.

SC justices Antonio Carpio, Teresita de Castro and Arturo Brion have signified their inhibition in hearing the Poe casea on whether she is a “natural born” Filipino since they were part of the SET which already handed its decision on the issue. Supreme Court magistrates cannot review their own decision.

The camp of Poe had likewise sought the three’s exclusion in the other election cases against the senator.

These developments have been encouraging for the Poe followers who are expected to renew their efforts even more – now that the legal hurdles are slowly being positively addressed.

People are waiting with interest the next national poll surveys this January.