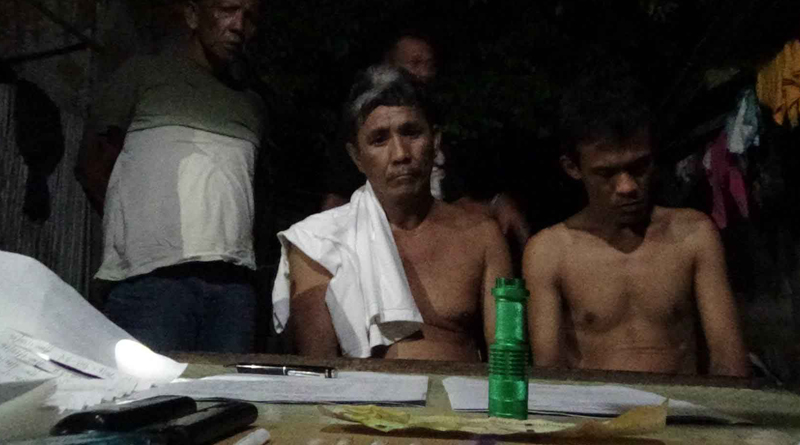 FOUR MEN, including a senior citizen, were arrested last night during two separate drug sting operations in the towns of Dauis and Duero led by operatives of the National Bureau of Investigation (NBI) and the Provincial Intelligence Branch (PIB) seizing approximately 50-grams of shabu with a probable street value ofÂ  P236,000.

Apprehended during the buy-bust were George CaÃ±ete Davon, 50, a native of Mandaue City, Cebu but renting an apartment in Purok 4, Sitio Calvario, Mayacabac, Dauis; Gilbert Iglesia, 30; and Cipadik Jamil, 61, both residents of Purok 6, Mayacabac, Dauis.

According to Atty. Oliva, George CaÃ±ete is selling shabu mostly to college students who flock to the area from the universities and colleges of Tagbilaran City and the neighboring town of Panglao. He said the students are easily recognizable from the uniforms they wear, prompting worried residents to report the drug peddling activities to the NBI.

Meanwhile, in the town of Duero, a team from the PIB arrested one Allan Gamana, in another successful buy-bust operation.

Seized in the possession of Gamana were several heat-sealed small sachets of shabu, estimated to weigh 20 grams, including the marked-money used by the operatives in their buy-bust operation.

Charges for violating the Comprehensive Dangerous Drugs Act of 2002 will be filed against the four suspected drug pushers.