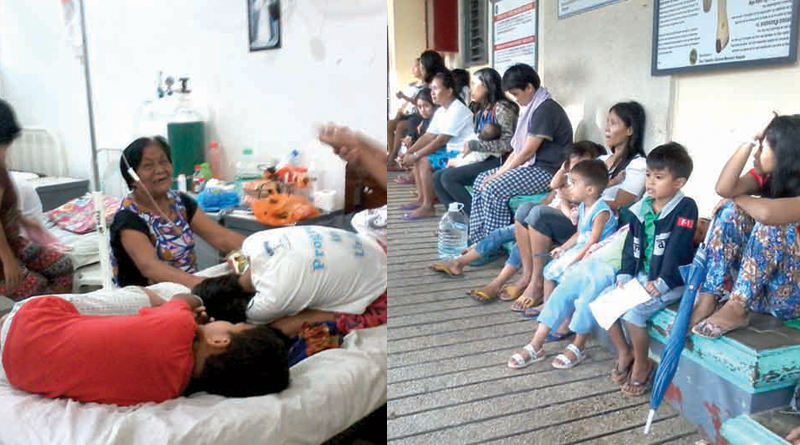 Health officials in the province have to brace for incidents of food poisoning coming one after the other in barely a week.

A day after the report on food poisoning in Ubay, another incident had been reported in Panglao.

At least 62 residents ofÂ Purok 5 in barangay Looc, Panglao had been down after eatingÂ spaghetti, pancit, fried chicken, hotdogs, and ice-cream served during a neighborâ€™s birthday partyÂ on Saturday morning.

Half of them had been confined at Gov. Celestino Gallares Memorial Hospital on Monday, except for one who was brought to Ramiro Community Hospital, while half of the victims just had to be treated at the out-patient department.

The victims complained of stomachache, diarrhea, and headache about two hours after the birthday celebration of Sandra Estologaâ€™s youngest daughter.

Some pupils of Looc Elementary School who are the birthday celebratorâ€™s friends, although the latter is not a pupil of the school, were among those who were admitted to the hospital.

The victims decided to seek assistance from barangay officials when they continued to suffer from diarrhea until Monday morning.

Looc Barangay CaptainÂ Reginaldo Guio-guio requested the use of the municipalityâ€™s ambulance and escorted them to GCGMH in Tagbilaran City.

The teachers at Looc Elementary School noticed that several pupils had been absent on Monday and later learned of the incident.

Even Estologa, 32, who hosted the celebration, was not spared and was among those brought to GCGMH, while her husbandâ€™s auntie managed to get over through some home remedies.

The host, Sandra Estologa, said it must be the spaghetti that caused it, which she and a neighbor,Â Lucrecia Guibone,Â prepared at around 11 p.m. on Friday for her daughterâ€™s birthday party the following day.

The pupils just ate home-made ampao during recess time in the morning that was sold by a mother who was waiting for her child outside the school premises.

Municipal officials of Ubay continued to investigate the incident.

Concerned citizens sought the intervention of health officials in the province to launch an information campaign on food preparation to avoid a repeat of the incidents.