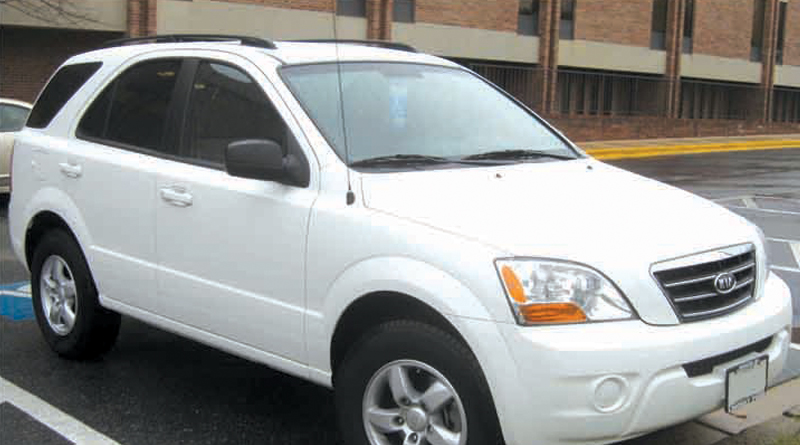 Five government officials of the municipality of PanglaoÂ  were ordered suspended for 90 days for their roles in the purchase of a Sport Utility Vehicle (SUV) for use of the mayorâ€™s office without public bidding.

The criminal and administrative case arose from the purchase of a brand new 2008 seven seater KIA Sorento EX on January, 2008 worth P1.5 million through direct contracting rather than competitive bidding with funds sourced from the 20% development fund of its Internal Revenue Allotment (IRA).

However, the Ombudsman found probable cause against then Mayor Benedicto Alcala together with the five BAC members for violation of section 3(e) of RA 3019 known as the Anti Graft and Corrupt Practices Act with the criminal information to be filed before the Sandiganbayan.

The five respondents were only liable for simple misconduct considering that the complainants failed to establish that their actions were motivated by corruption, willful intent to violate the law or to disregard established rules, according to the Ombudsman.

The administrative case against then Mayor Benedicto Alcala who signed the purchase request as the requesting party and approving authority was ordered dismissed by the Ombudsman.

Alcala’s administrative case was dismissed since at the time the complaint was docketed on April 29, 2014 he was no longer a public officer and the Ombudsman had no administrative jurisdiction over him.

The criminal and administrative case against Jovencia Asilo, municipal planning and development officer was dismissed by the Ombudsman.

The funding for the purchase of the KIA Sorento, according to the Ombudsman was improperly sourced since it violated a joint memorandum circular issued by the DBM and DILG stating that the 20% development fund shall be set aside for social and economic development and environmental management.

The purchase of a motor vehicle is not included among those listed as an allowable expense, according to the Ombudsman resolution.

The Ombudsman, in a ten page joint resolution found substantial evidence of misconduct in the purchase of the KIA Sorento through direct contracting and specifying the brand name of the SUV.

Direct contracting, as an alternative mode of procurement is allowed where the goods procured are sold by an exclusive dealer which does not have sub-dealers selling at lower prices and no suitable substitute can be obtained at more advantageous terms.

The Ombudsman aadmitted that Gateway Motors was the sole authorized supplier of KIA products in Panglao but the BAC recommended the purchase of a branded item through direct contracting and the deal was approved by Alcala.

Section 18 of the IRR states that reference to brand names shall not be allowed andÂ specifications for the procurement of goods shall be based on relevant characteristics and/or performance requirements.

Specifying the brand name “KIA Sorento” by the BAC “effected the immediate and absolute exclusion of other suppliers of motor vehicles with the same or better specifications but of different brands.

Relying on an opinion of COA Provincial Auditor Lorna Piezaz, BAC chair Sumaylo justified the price of the KIA Sorento as the lowest compared to a Misubishi Montero Sport and a Toyota RAV4 .

The deal, insisted Sumaylo assured the government of the best possible quality at the lowest possible price.

Bonao, Guivencan, Estopito and Lustre questioned the propriety of using direct contracting in the purchase of the KIA Sorento but was prevailed upon by Sumaylo’s that it was allowed by law.

Sumaylo, as chairman of the BAC, assured the members that Gateway Motors is the authorized dealer that can supply the vehicle at the most advantageous price for the government.

Citing COA’s Annual Audit Report (AAR), Alcala said “it did not disallow the transaction but merely recommended to stop the practice of specifying brand names.

Alcala also claimed that procedural lapses in the purchase of the vehicle were considered by COA as insignificant therefor cannot be made the basis of his indictment.

Citing a Supreme Court ruling, the Ombudsman said that it is not bound by the findings of the COA but must rely on its own independent judgment and shall be resolved based on the evidence by both parties.

The Ombudsman pointed out that the BAC chairman and members were expected to have the expertise and knowhow that specifying brand names is prohibited and direct contracting may be resorted to only when certain conditions are met.

The Ombudsman findings and recommendations were approved by Conchita Carpio Morales on January 19, 2016.

The complaint was filed by the Office of the Ombudsman-Visayas Public Assistance and Corruption Prevention Office (PACPO) and was docketed as OMB-V-C-14-0141 for violation of RA 3019, section 3(e) and OMB-V-A-14-0136 for grave misconduct.Â (Chito M. Visarra)