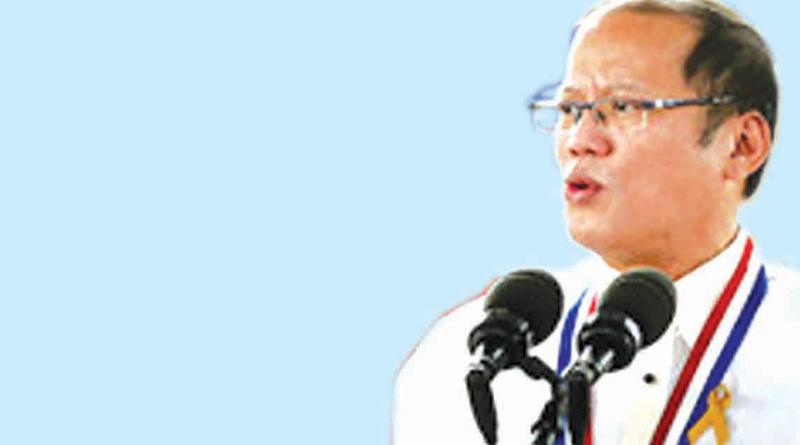 President Benigno Simeon Aquino III is expected to make his 6thÂ visit to Bohol since the 2013 earthquake today.

The President is slated to arrive at the Tagbilaran Airport before noontime where he will be received by the commander of the Armed Forces of the Philippines Central Command (CENTCOM), Lt. Gen. Nicanor Vivar, and Philippine National Police (PNP)-7 regional director, Police Chief Supt. Manuel Gaerlan.

From Tagbilaran Airport, the Presidentâ€™s entourage which includes Department of Transportation and Communications (DOTC) Sec. Joseph Emilio Abaya, will motor to the project site of the New Bohol Airport in Panglao.

On top of the Presidentâ€™s itinerary is the time capsule-laying at the project side of the New Bohol Airport Construction and Sustainable Environment Protection Project in Panglao.

They will then travel two kilometers to the Project Monitoring Office of the New Bohol Airport in Barangay Lourdes, Panglao for the switch-on ceremony for the Electrification of 2,651 sitios in Region 7 under the Sitio Electrification Program (SEP) of the Department of Energy (DOE).

To join the President in the switch-on ceremony are DOE Sec. Zenaida Monsada, National Electrification Administration officials, and Chatto.

Sagbayan Mayor Ricardo Suarez will also give a testimonial for the assistance that his town received through the Bohol Earthquake Assistance (BEA) Fund.

President Aquino will then deliver his message to the residents of Panglao, visitors, and national and local government officials who will attend the program, a crowd estimated to reach around 1,000.

He will then motor back to Tagbilaran to join Liberal Party standard-bearer, Mar Roxas and runningmate, Camarines Sur Rep. Leni Robredo, in a gathering of party leaders at the Bohol Cultural Center in the afternoon.

After the welcome remarks by Chatto, Robredo will be the first to give a message and Aquinoâ€™s message follows.

Roxas is also expected to give his message, although he would be delivering an advance speech in a gathering in Tubigon this morning.

Prior to the LP gathering at the Bohol Cultural Center, Roxas and Robredo, together with LP 12 senatorial candidates will visit Talibon, Tubigon, and Loon this morning.

It can be recalled that Aquino immediately came a day after the October 15, 2013 earthquake to make an aerial survey on the damage in the province.

He came back a week later on October 23 to visit the earthquake victims, then on November 28 for the reopening of the Abatan, Moalong and Tagbuane Bridges that had just been repaired then.

Aquino returned on February 24, 2014 to meet earthquake victims at the Loon District Hospital, in time of the commemoration of the EDSA People Power revolution.

During the visit, he assured Boholanos of support from the national government in rehabilitating the damaged cultural heritage structures.

The President came back three months later, May 2 that year, as guest of honor in the turn-over ceremony of the MIT-inspired fabrication laboratory at the Bohol Island State University, a project facilitated by the Department of Science and Technology, DTI,Â Japan International Cooperation Agency and the local governments.

Today is the 6thÂ Presidential visit after the 2013 earthquake.