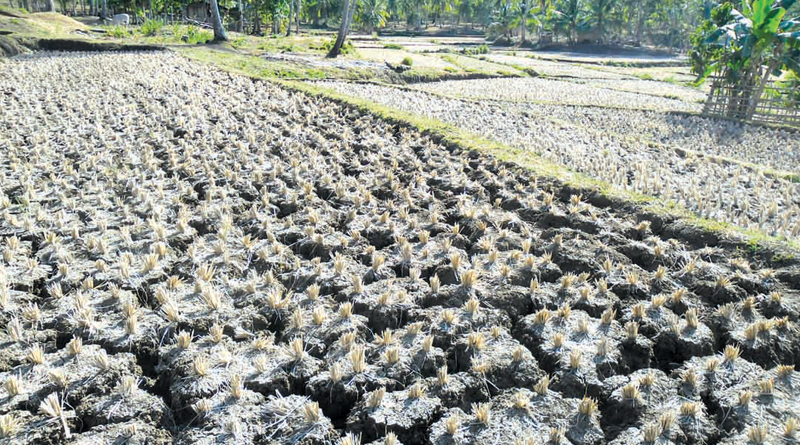 The dry spell badly experienced in the province during the past four months is forecast to end inJune once “habagat” enters the country initially bringing some rains.

For over a year under the scorching sun, the Southwest Monsoon (Hanging Habagat) might finally bring rain in May.

Except for light rains and artificial rains from cloud seeding operations, Bohol has been dry for the past four straight months.

The Philippine Atmospheric, Geophysical and Astronomical Services Administration (PAGASA) said the El NiÃ±o phenomenon started in 2014 and might extend until June this year.

The province is now under the state of calamity after damage on crops and other commodities already reached around P313 million after the long period of drought.

The National Irrigation Administration (NIA)-regional office here monitored that the water level at the Malinao dam in Pilar, one of the four major dams in Bohol, has already dropped to a critical level at this time.

Climate change has worsened the effects of El NiÃ±o phenomenon that usually occurs every three to seven years characterized by the warming of the ocean bed.

On the other hand, the Department of Environment and Natural Resources (DENR) reported that the hot weather contributed to the grass fire that already affected hundreds of hectares of area.

Provincial Environment and Natural Resources Officer (PENRO) Nestor Canda said 385 hectares of grassland and timberland under the jurisdiction of the DENR have been affected by grass fire since March.

Grass fires have been reported in the towns of Loboc, Ubay, Mabini, Alicia, Buenavista, Inabanga, Sagbayan, Batuan, Panglao, and Albur, according DENR.

As of now, the DENR is still assessing the extent of damage caused by grass fire.

So far, incidents of grass fire have reduced compared to the record in the past years, with the cooperation of concerned citizens and the firefighters, Canda said.

The Provincial Board passed a resolution on Friday declaring Bohol under the state of calamity after reports the Provincial Disaster Risk Reduction and Management Council (PDRRMC) received reports that 27 of the 47 towns in Bohol have been heavily affected by the dry spell.

Around 12,000 hectares of rice fields, cornfields, high-value crops, aqua farms have been affected by the prevailing dry spell.

Livestock and inland fishery are also affected by the high temperature that reach an average of 34 decrees celsius.
The Office of the Provincial Agriculturist is also monitoring the milk production at Ubay Stock Farm.
Situations in some areas in the province with scarce water supply have worsened that the local government units have to tap the fire trucks to deliver water to the households.