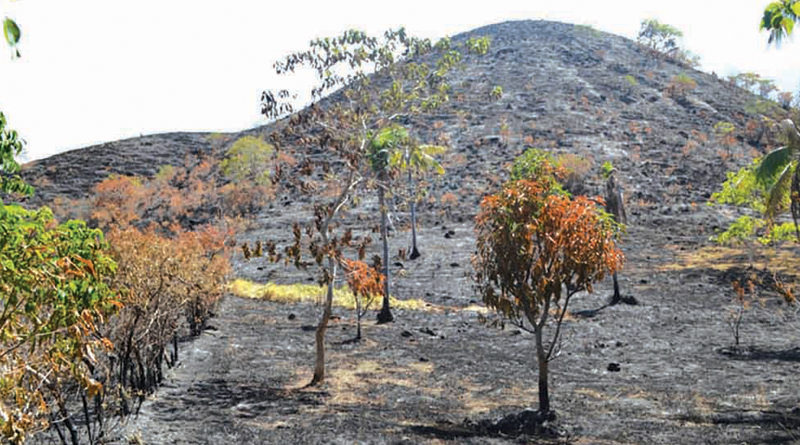 Canda also furnished the Provincial Disaster Risk Reduction and Management Council (PDRRMC) with a copy of the report enumerating the areas affected by forest fire.

Canda aimed for the inclusion of â€œthe peopleâ€™s organizations who, in one way, lost their source of income as a result of the incidenceâ€ in any support that the provincial government can provide.

Danao has the largest affected area with 46.404 hectares of plantation undertaken by the local government unit in 2014 had been damaged.

Also in Danao, 34 hectares of the timber plantation undertaken by CARE in 2013 in barangay Cantubod had also been damaged, affecting 2,225 saplings.

The DENR estimated the damage at P16,000 blamed to incendiarism.

In Humaga area in Danao, damage on the 1,200 saplings due to incendiarism in the two hectares of timberland planted by SNTI in 2013 had been estimated to reach P20,400.

Canda said replanting will be done at the onset of the rainy season in these areas.

The 8.71-hectare plantation of DAP in barangay Dagohoy initiated in 2013 and 2014 has also been affected.

Damaged trees in barangay Ilaya in Inabanga and barangay Cabasakan in Getafe also included 2.5-meter tall Thailand Acasia, Mangium and Cashew that DENR targets for replanting at the onset of rainy season.