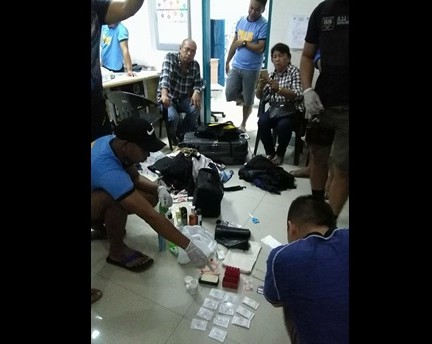 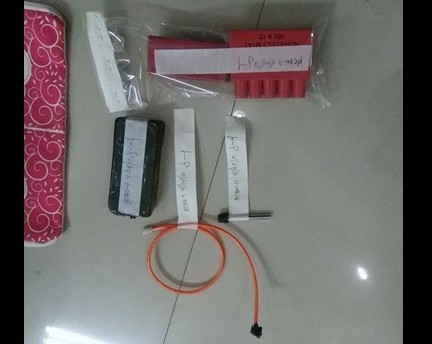 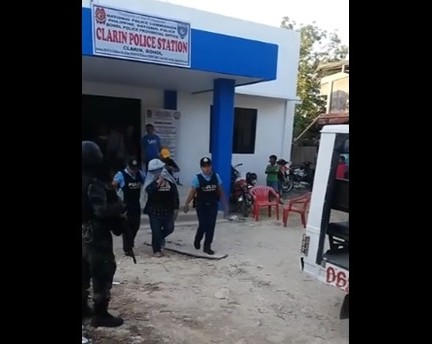 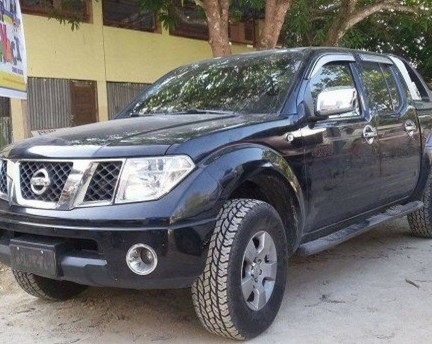 AÂ C-4 plastic explosive was found from the apartment rented by the supposedly Abu Sayyaf rescue team who got cornered by operatives in a checkpoint in Clarin town last Saturday night.

In a check made by the Chronicle, it was confirmed that the apartment in barangay Looc, Panglao town was booked under the name of Police Superintendent Maria Cristina Nobleza since last April 17. Â  Â  Â  Â

Police confirmed in their inventory the seized items which included a C-4 explosive, a detonating cord, a blasting cap and a blasting cap kit. The plastic explosive was recovered from one of the baggage owned by Nobleza’s group left at the apartment which was searched by operatives Monday night.

The apartment’s owner said that the couple was supposed to check out on Saturday but continued their booking leaving word they will still be buying their plane tickets.

The regional police said Nobleza and her alleged boyfriend, suspected Abu Sayyaf bomber Reenor Lou Dungo, and two others rented the apartment before they were arrested in Clarin town Saturday evening, the same night when four Abu Sayyaf members were killed in an encounter in barangay Bacani, Clarin town.

The couple was arrested after driving past a police checkpoint in Barangay Bacani driving their
Nissan Navara with plate number FGN 270 registered under then name of Nobleza iin Camp Crame as address.

Police said that text messages in the policewoman’s phone indicate that she and Dungo went to Bohol to rescue the remaining Abu Sayyaf members being hunted down by the military.

Police said Nobleza threw her cellphone while being arrested. The cellphone allegedly had a record of a text message from an Abu Sayyaf member asking for rescue.

Also seized from their vehicle were food supplies, a first aid kit, drinks, several clothes and a snorkeling gear.

The police official claimed that she was on a vacation in Bohol.

Dungon also has a pending warrant of arrest issued by Judge Vincent Morales of the Cagayan de Oro City Regional Trial Court for his alleged involvement in a hotel bombing in the city, which left two persons dead.

Various firearms, ammunition, and improvised explosive device components were seized Monday night at a house in Malaybalay, Bukidnon believed to be owned by Supt.Nobleza.

An initial report from Region 10 police showed that they conducted Oplan Paglalansag Omega at a house in Pine Hills Executive Homes, Purok 5, Barangay Casisang, Malaybalay City based on information from their Bohol counterparts against Abu Sayyaf members.

Detectives from the Criminal Investigation and Detection Group-Bukidnon served as the lead unit in the raid, reinforced by elements from the Bukidnon Police, military and National Intelligence Coordinating Agency. The raid was conducted around 9 p.m.

The raid was based on the search and seizure warrant dated April 24, 2017 issued by Malaybalay Regional Trial CourtÂ  Branch 9 Executive Judge Ma. Theresa Aban-camannong against Nobleza.

Inside the house at the time of the raid were Al Mohammar Bayani, 22, and two minors, all of San Juan, Baroy, Lanao del Norte.

The confiscated items were brought to the CIDG office while cases for violation of Republic Act 10591 and RA 9516 against the respondents are being prepared for filing. The minors will be turned over to the City Social Welfare Department, Malaybalay City for proper disposition

Chief Insp. Ryan Panganiban, CIDG-Bukidnon officer-in-charge, said they learned about the house from their counterparts in Bohol who interrogated Nobleza.

PNP Chief Supt. Bato ordered the immediate transfer of Nobleza and Dungo to higher headquarters in Manils for safekeeping as both are “high risk” personalities,\

Upon arrival in Manila yesterday, Nobleza was informed that was relieved from her post as deputy director of the Davao Regional Police Office’s Crime Laboratory following her arrest with an alleged Abu Sayyaf member.

The relief order became effective April 24. Nobleza has been assigned to the General Services Section, Administrative and Resource Management Division of the Crime PNP-Laboratory.

Police had said that Nobleza and Dungon were in Bohol supposedly to rescue the remaining Abu Sayyaf members who slipped into the province to conduct kidnappings.

Charges of illegal possession of firearms and harboring criminals have been filed against Nobleza.

PNP chief Director General Ronald dela Rosa on Monday revealed that Nobleza and Dungon met in 2013 when the suspected Abu Sayyaf bomber was detained at the Presidential Anti-Organized Crime Commission (PAOCC) following his arrest in Marawi City and transfer to Manila.

Dela Rosa said Nobleza was a PAOCC agent assigned to interview Dungon while he was in detention.

The Crime Laboratory is Noblezaâ€™s mother unit since she entered the PNP in 1996.

She transferred to Task Force Smuggling of the PNP, Anti-Illegal Gambling Special Operations Task Force, and PACER in 2005.

She was appointed as Chief of the Intelligence Operation Division of the Directorate for Intelligence from 2008 to 2011.

In 2012, she returned to the Crime Laboratory and was assigned to the Police Regional Office 5 (Bicol).

She was then transferred to the Intelligence Group, PAOCC, and Office of the chief PNP in 2013.

Nobleza was assigned to the PNP-Anti Illegal Drugs Group in 2016. She was transferred back to the Crime Laboratory in February after the anti-drug unit was abolished.

Dela Rosa said Nobleza, an Islam convert, was married to another member of the PNP, a police attachÃ© assigned in Pakistan.Â  (with reports from Willy Maestrado and GMA News)