“No hand in fund allocation” -Yap

“No hand in fund allocation” -Yap 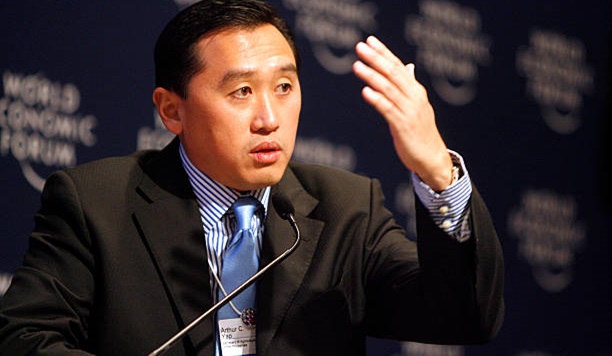 Deputy Speaker Arthur Yap yesterday clarified that he never had a hand in the manipulation of the funds involved in the graft case filed against him.

Yap had to reiterate the clarification as the issue again cropped up in social media posts at the height of the election fever.

He clarified that he had never been implicated in any case with regard to his position as congressman.

As to the cases on the Priority Development Assistance Fund (PDAF), Yap explained that it was for his stint as agriculture secretary in the past that he had been implicated in the case.

At that time, the congressmen could still allocate their PDAF to some projects.

They chose which agency or which beneficiary organizations should the fund go.

As then secretary of agriculture, he was only like the traffic enforcer to which item or project that the congressmen wanted the fund to be allocated, according to Yap.

He pointed out that he had no prerogative where the congressman wanted his PDAF to be allocated.

“Kung asa gusto ibutang sa congressman ang iyang PDAF, wakoy mahimo. Ako lang gipahiluna kay kana naapil naman sa General Appropriations Act (GAA). Wala ko’y apil anang giingon nilang ‘conspiracy’ sa kurapsyon ilabina sa PDAF ug uban pa(To where the congressman wanted his PDAF to be allocated, I could not do anything. I just facilitated because that was in the General Appropriations Act. I had nothing to do with that what they call ‘conspiracy’ in corruption, especially on PDAF and others,” according to Yap.

On allegation about smuggling of rice at the NFA and his role, Yap clarified that all the decisions of the NFA depend upon the NFA Council and that it is not that easy as some people thought.

He added that all the activities of the NFA need approval of the NFA Council.

With this, it is not true that rice smuggling was allowed during his watch as NFA administrator.

“Kung inyong tan-awon, ang mga desisyon sa NFA nag-agad sa NFA Council. Dili ing-ana kasayon sigun sa pagtuo sa ubang tawo. Tanang kalihukan sa NFA kinahanglan pa og approval sa council. Busa, dili tinuod nga akong gitugotan ang smugglingsa akong panahon.(If you check it, all the decisions of the NFA depend upon the NFA Council. It is not that easy as some people thought. All the activities of the NFA require the approval of the council. That is why, it is not true that smuggling was allowed during my time,” Yap clarified.

Ombudsman Conchita Carpio Morales, had earlier issued a statement pointing out that it is the legislator who “exercises actual control and custody of the PDAF share allocated to him”.

It was then clear that Yap, as then DA secretary when the alleged transactions transpired, was just performing his ministerial duty.

It is the reason why he was among those named in the case before the Ombudsman involving “former Nueva Ecija Rep. Rodolfo Antonino over the alleged anomalous use of the latter’s P15-million PDAF in 2007”.

As then DA secretary, Yap has to be included in the case for the Ombudsman to be able to completely determine and settle the issues in the case.

Yap was named in the case not on the matter that he was part of how the legislators involved had actually exercised “actual control and custody” of their PDAF shares, but because he performed his ministerial role.

Yap had repeatedly clarified that he never contracted with any NGO and never implemented any PDAF project with any non-government organizations (NGOs).

He also did not sign a single contract with NGOs and foundations when he was secretary of agriculture that some legislators and Nabcor dealt with.

All PDAF funds coursed through the DA were transferred to government agencies for implementation.

In fact, Yap did not authorize a single payment to NGOs and foundations and he had no direct relationship with them because he never dealt with them.

It had been clarified already that Yap had no relationship with the foundations.