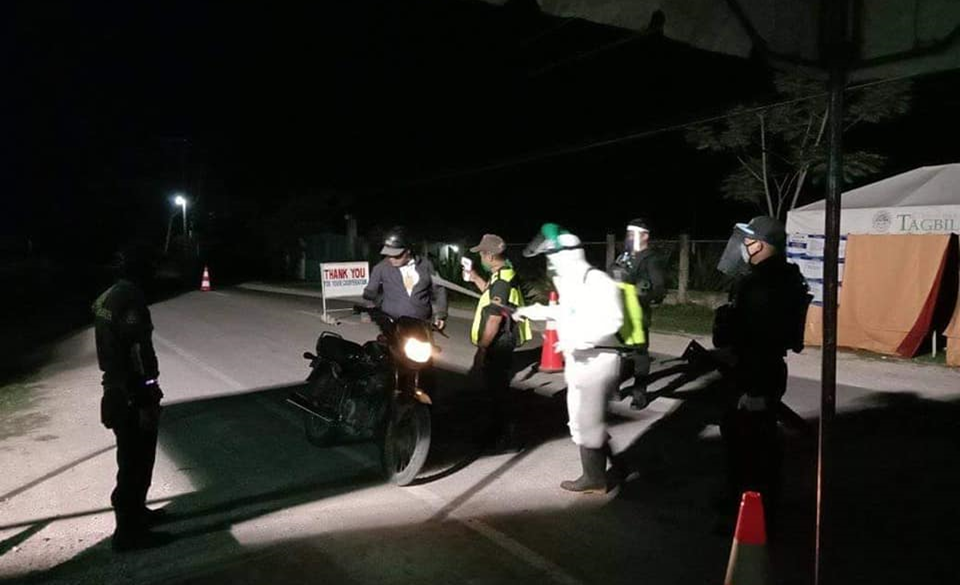 Governor Arthur Yap on Tuesday said that Bohol may again be placed under Enhanced Community Quarantine (ECQ) or another stricter quarantine level amid an uptick in the number of community-transmitted cases of COVID-19 in the island.

“It’s a move that we are considering right now. We are studying it…If there is a possibility that we are going back to a stricter community quarantine standard, himuon nato kung kinahanglan basta ma protektahan ang kadaghanan,” Yap said in an interview over station dyRD’s “Inyong Alagad Program.”

According to Yap, six community transmissions were recorded in a span of four days starting Friday last week.

For four months, most of Bohol’s confirmed COVID-19 cases were locally stranded individuals believed to have contracted the disease outside the province and were quarantined immediately upon arrival in the province. They were only allowed to go home after 14 days or after they have recovered from the disease if proven to be infected.

The governor admitted that the new community transmission cases are a cause for concern.

“It is important for us to take note of this. Yesterday was the sixth case in four days. Our local transmissions are on the rise,” he said.

Yap said that he will be meeting mayors on Wednesday after the observance of the Bohol Day to discuss the possibility of re-implementing a more stringent community quarantine in the province.

Bohol was placed under Modified General Community Quarantine (MGCQ) by the national government in July.

MGCQ is the least restrictive level of quarantine. It is followed by GCQ, MECQ and ECQ.

Based on data from the Bohol Inter-Agency Task Force (BIATF), the province has recorded 70 confirmed COVID-19 cases—23 active, 44 recoveries and three deaths.

The latest COVID-19 case was a 39-year-old man from Catigbian who was believed to have contracted the disease through community transmission considering that he had no travel history.

Contact-tracing operations have been completed but health authorities have yet to identify how and where he acquired the disease.

The new officer-in-charge (OIC) of the Bohol Provincial Police Office (BPPO) Col. Osmundo Salibo on Tuesday appealed to the Sanggunianag…