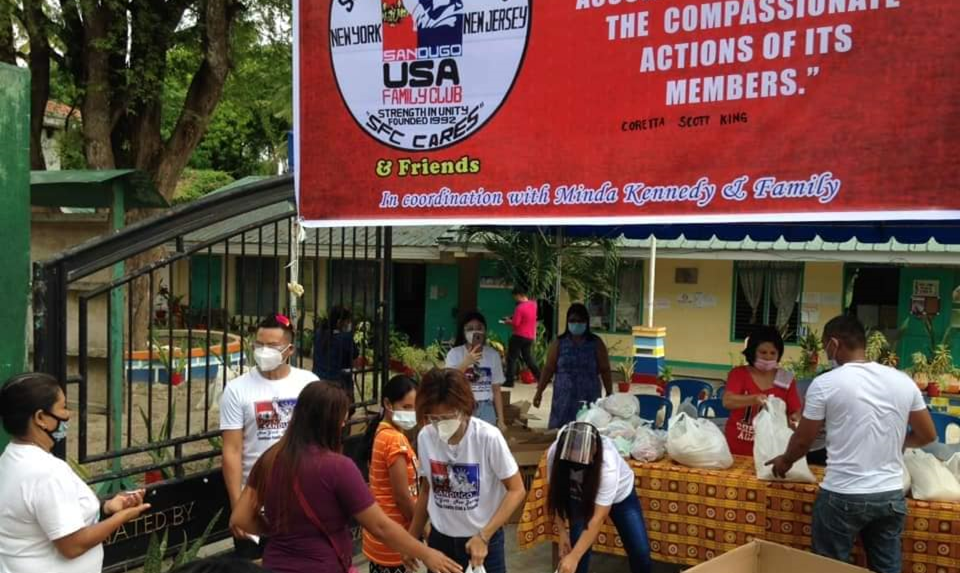 Hundreds of residents in Panglao, some of whom have lost their livelihood due to the pandemic, benefited from a community pantry established by members of the USA Sandugo Family Club of New York and New Jersey.

The group coordinated with Minda Kennedy, who previously worked and lived in New York City, and her daughter Joy Abugho who put up the makeshift pantry at the Panglao Central Elementary School and officially opened it on Wednesday.

Abugho said that goods indeed helped the residents in the town whose trade and commerce has been affected by the pandemic.

She expressed thanks to the club through one of its members Doyet Dompor who, she said, reached out to them amid the ongoing health crisis that has heavily hit the Panglao’s tourism industry, the town’s main economic driver.

Noradyn Arcay, one of the pantry’s beneficiaries, also expressed her gratitude to the Sandugo Family Club.

Arcay who has four children and used to be a waitress at a resort, has been jobless since the start of the lockdowns in the province.

According to Abugho, the pantry’s operations went smoothly with social distancing observed at the area.

She said they distributed claim stubs to residents who wanted to get their share of the goods to avoid congestion at the site.

Meanwhile, the Sandugo Family Club is set to put up community pantries in other localities in the province. (A. Doydora)